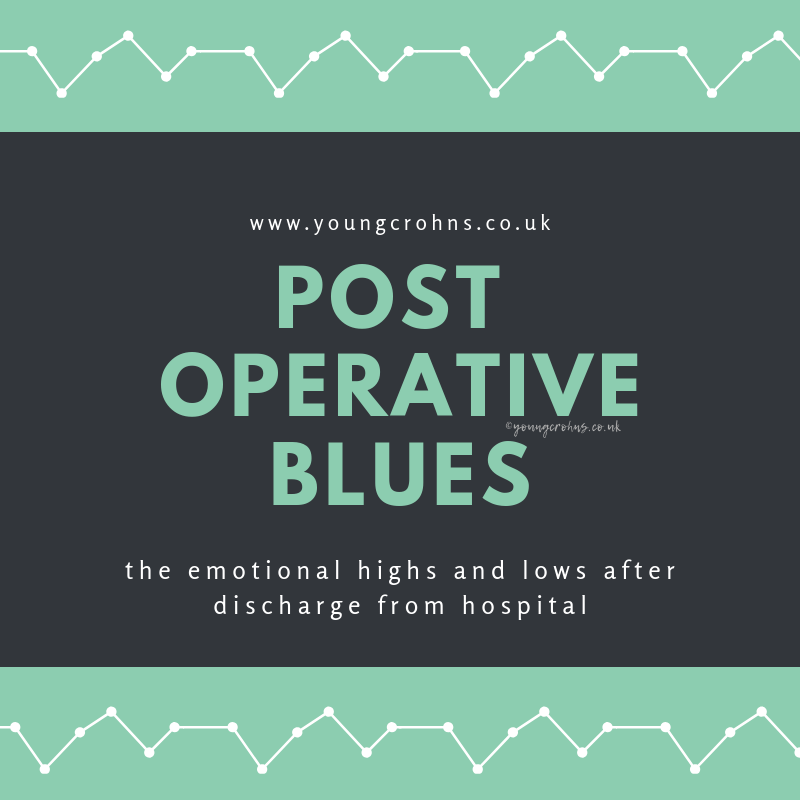 It has been six weeks since my surgery and officially met a huge scheduled landmark in recovery:

“expect to feel recovered and back to almost ‘normal’ after six to eight weeks.”

It’s standard procedure to feel better after this long; wounds would have healed by then, the likelihood of any complications decreases with time, and the body would be back into a homeostasis – a relatively stable equilibrium – stance.

That being said, that is for the ‘average’ patient, one who fits within the limitations of the criteria for the surgery. However, the need for surgery usually indicates something that needed fixing or for management of a condition that has developed suddenly or one that is chronically present. Six to eight weeks is 42 – 56 days. It’s nothing. But when recovering from major surgery, it feels like forever.

To have ticked off ‘six weeks post op‘ feels like a huge accomplishment and sounds so basic and straightforward.

But getting to six weeks has been tough.

Like any recovery, it’s been a battle of wits, strength, determination and of patience.

Let’s quantify that, shall we?

Outside of these numbers, it does not show how many days I was exhausted from keeping on keeping on.

While being in hospital can be utterly restricting, it is also overwhelming to be cared for 24/7. After all the care and attention you get from hospital staff after a big surgery, to come home to none of that is very strange. You get somewhat used to depending on those around to keep you well. It is now all up to you. It is overwhelming – physically and mentally – to go home. I have always been luck enough to return home where I have people to help me out. And we prepared well for this one, like we did with my other surgeries. But even with people around, it is hard to process that sudden jump from the hospital ‘safety net’ to ‘I now must know what to do, this is all on me’.

I began journaling once my epidural came down and the fog of painkillers meant I could type with some purpose. I kept a small note of my emotions on a day to day basis and here is the results: You can see definite low moments throughout the last fives weeks of being home, tending to my wounds and my stoma. Along with physical recovery, I also had to make some mental recovery too; I had to accept all over again my stoma – she might not have been operated on but she has changed and those changes demand attention – and I’ve had to really accept that there no going back now, this is now very permanent. These low points were just single days but sometimes bled over into subsequent days, contributing to a up and down to the whole recovery period.

Anything above a 6 after the middle of April, I took as a high moment. These were usually times where I could pinpoint an exact feeling of elation within my recovery. Some days this was remembering all my medications were taken on time, I tended to wounds and stoma as and when required and I’d felt in a positive mood for the majority of the day.

Some days I did ache for more care; either from a medical professional or my partner. Those days were a mixed bag – while I was grateful to be well enough to be seen outside of the hospital, I sometimes wanted a more personal touch. I wanted reassurance that I was ‘on track’  or I wasn’t doing more harm than good to my body. As I got stronger and my limits increased, I felt less of this.

However, it would be naive to ignore the moments in my recovery where I’ve had doubts. As to whether this has been a worthwhile risk to take, in the first instance and was I ready for this, in it’s detail. I wasn’t told much about expectations after surgery; it was more of a general overview of what to expect but nothing like the details I did crave at the time. But looking back with hindsight, if I had been told more, I would have worried more. Being slightly ignorant in this respect, has been it’s own bliss – I’ve been able to focus on my day to day management of recovery, more than being paranoid about all possible negative effects.

Is all of this normal?

I think so yes. This is the first surgery I’ve had where I’ve woken up knowing that I feel better for this happening. It’s also the first time I’ve gone into a surgery with a very positive attitude. I struck lucky by having some CBT before my admission, I had a goal for recovery period and I took it as a chance to find good in the bad. Because no-one opts to have their butt removed, I had to find my own silver linings for whatever I was going to face in the aftermath of it being gone.

I found myself less weepy in this recovery than in my other two. I think I felt most prepared for this surgery than the others, probably because I am being realistic about what it can give back to me.

My Right Hemicolectomy was a my first surgery, I was very scared and anxious, of not only the procedure but the outcome too. My Subtotal Colectomy was emergency, I was very sick – on TPN and 6 st in weight, bleeding and exhausted from daily living – and my stoma being created immediate changed my life. I’ve had the wide spectrum of emotions there, so this time around I was cool, calm and collective.

How can we improve or ease these feelings into a more even trend?

Firstly, let me just say – No two people recover the same way, at the same time, for the same duration. EVERY ONE IS DIFFERENT.

And if everyone is different, there is no prediction of what recovery will be for one person compared to another.

All we can do is be open to ‘accepting’ these low and high moments. Recovery is not linear, it will have peaks and troughs. Knowing whether those troughs –  if not short lived – are possibly and potentially something bad, that’s the take away.

Being aware of the signs of infection – fever, feeling of malaise, sickness, red and sore incision sites – is always good to know, but also appreciating that low mood and depression can also be heightened after surgery too, so it’s important to not neglect your own mental health.

Have you suffered from these ‘post op blues’? How did you cope?