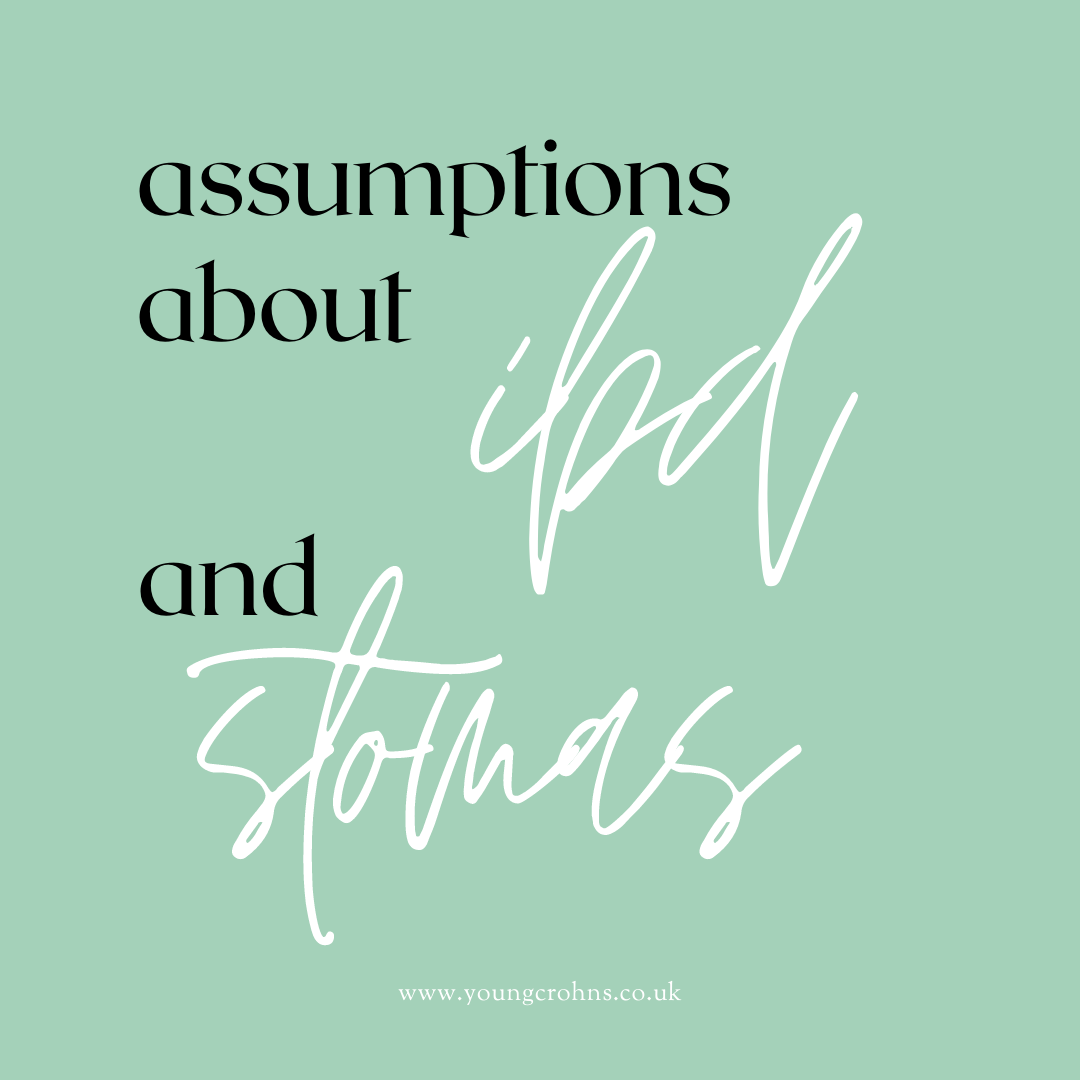 You know the old pearl of wisdom about assumptions don’t you?

“To assume is to make an ASS out of YOU and ME.”

While assumptions can be helpful in some walks and aspects of life – we plan, exercise, save, and more based on the assumption that we’ll be alive & well for the future – it isn’t such a great thing in the realm of healthcare and chronic illness.

I won’t have been the first, nor the last, unfortunately, who has had assumptions made about me because I live with Crohn’s Disease and have a stoma. And even in my strongest and bravest moments, the assumptions – which are almost always negative in connotation – have rendered me angry, frustrated, upset and baffled.

The comments mostly focus on looks, weight and diet. Things that really shouldn’t be negatively commented on in daily life, so why is it deemed acceptable for this to happen to those with disabilities or chronic illnesses?

Assumptions are bad, that goes without saying here. But why do we fight against these assumptions?

When you are already fighting so much as it is – with your body, against your mind, with the system – it can be so demoralising to hear some of these assumptions coming your way. We only want to be heard, valued and recognised; when did that get overruled by misguided comments?

What are some of the assumptions about having IBD?

What do assumptions do to those living with IBD?

They can find it difficult to share details about their illness for fear of being misjudged, told that they are exaggerating or just plain dismissed. They might find it hard to open up to others, resulting in increased feelings of depression and anxiety. It can impact on seeking help in the future for ongoing symptoms. It also can impact on not being able to ask for help when in urgent need of attention. As well as under stating symptoms, leading to delays in being honest to the specialist team. It can also contribute to low self-esteem.

What are some of the assumptions about having a stoma?

What do assumptions do to those are facing stoma surgery?

Choosing to not undergo the surgery due to fear of rejection, depression or stigma attached to needing a stoma bag fitted. It can often result in illnesses becoming worse, increasing the chance of experiencing depression and anxiety. It could also affect the choices they then choose to make going forward. It definitely could have an impact on future health appointments and interactions. And creates an overwhelming fear of body image changes; which are often long last beyond surgery.

Why assumptions are bad:

"What do gelling agents do?"