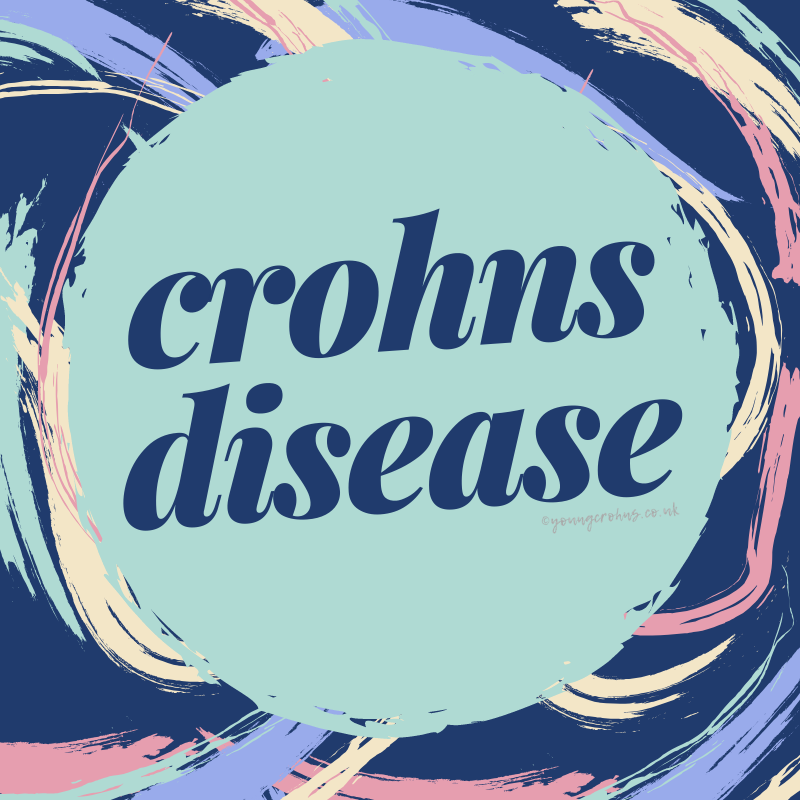 With each step of my disease, I’ve become more and more like a squirrel.

I’ve become the hoarder of information. Gathering all the relevant nuggets of advice I can in order to make the best and well informed decision I can.

This is no truer that it is right now. I’m having to decide between enrolling on a clinic trial and having a surgery to help aid my Crohn’s disease.

I’ve looked into both before, not so long ago, before I realistically started Vedolizumab; so probably last summer. I thought, of the two choices, I would happily take more drugs over having a surgery; of someone cutting me open and removing diseased parts of my bowel. Drugs sounded easier in that respect. Not necessarily safer, but what is having a chronic illness if not an adventure, right!?

I witnessed the horror of an emergency bowel resection when I was with my then boyfriend, who had Crohn’s, whilst at university. At that point, I was a couple years away from my own IBD diagnosis but boy oh boy, did it scar me. This was seven years ago and I’m still abit haunted by the mid-line incision he received; slightly wonky because it was done at almost midnight one February night before he perforated. I knew he was ill but I never knew how bad it was getting. He kept me in the dark and that hurt me. It hurts me now; I don’t ever want B to feel like I did. (The beauty of having had a relationship with Crohn’s is this, learning from my mistakes as the ‘healthy one’) Surgery changed our relationship. It changed him too, literally.

So from day one of my own diagnosis, surgery was the one thing I would do anything to avoid. I would take all the medications they could give me to control my disease, do all the tests, jump through all the hoops, do whatever was needed to find something that works.

Meeting that surgeon in January of this year was shocking. I didn’t really believe I’m sick enough to need to not have my colon. In fact, I still don’t. I haven’t seen how bad my colon is since September 2013 and my consultant met me whilst doing my colonoscopy. Since then, he has always preferred doing MRIs to date my disease and I never disagreed. They have always shown my narrowings, active disease but thankfully no fistulas. They’ve recently shown the progression of the disease into my terminal ileum. This upcoming colonoscopy will really show everything: how extensive my disease is; both in location and depth, if medication has healed anything (doubtful) and if it’s really bad at the join between colon and small bowel. This scope determined the surgical plan. I’m currently in limbo land. Not knowing if I’m going left or right is crushing me. The waiting is slowly killing me too.

I reckon knowing my fate will be a relief but also fill me with more fear. Knowing your fate is half of the battle, the rest is when you know what needs doing. Preparing yourself. Knowing what to expect as much as you can before it happens. I know more about surgery now because I’ve researched it. Because it is going to be infinity harder than just taking a pill once a day. It’ll be the toughest thing I will have done to date. And that fills me with nausea. And lots of it.

The clinic trial is taking place in a different hospital under a different NHS trust. It’s an hour drive away but I would only need to attend to be monitored. For how long and how frequently, I have yet to find out. The dose and side effects are also still unknown at this time. Having time to think about it – something the new GI was very keen on – has helped but it’s now too much time. I’ve been able to go back and forth on what I feel and think would be best. Of which option would give me the best chance of being “normal” again and to what degree this would be. I know that neither will cure me, but would a drug possibly give me the remission the Phase II results have published? Would surgery give me the same chance because I wouldn’t have a disease piece of bowel inside me, messing me about?

I’d love to get back to a life where I am able to hold down a job and move in with B after four years together. I’d love to go on holiday abroad. I’d love to snowboard again. I’d love to not be controlled by hospital appointments every 8 weeks or needing medication every 6 weeks. I’d love to let my body heal from all the blood tests and cannulas and start having a life that I am happy with. A life that doesn’t revolve around being “sick”.

Either of these options could give me this.

Surgery would be tough on my body and mind and I would have an end ileostomy. Once surgically healed, I could be still experiencing problems with my bag and confidence. It could last for years without need of any more surgery or even medication. I could heal. I’d have no disease inside of me pulling / holding me back.

The clinic trial would be more hospital but with a possibly quicker remission. It can last up to four years but we don’t know the side effects, long or short term. It could heal my insides and leave me full intact for much longer than the 4 years I’ve already had.

Because I have yet to see if the disease has gone into my rectum. If it has, I need surgery. The clinic trial won’t fix that. If it hasn’t, I need to choose between surgery and the trial.

A growing part of me wants there to be disease in my rectum. I reckon – by the consideration of my symptoms – I have some there already. Some that my biological treatments were failing to lessen. Finding disease there would be making the choice for me. I kind of want that.