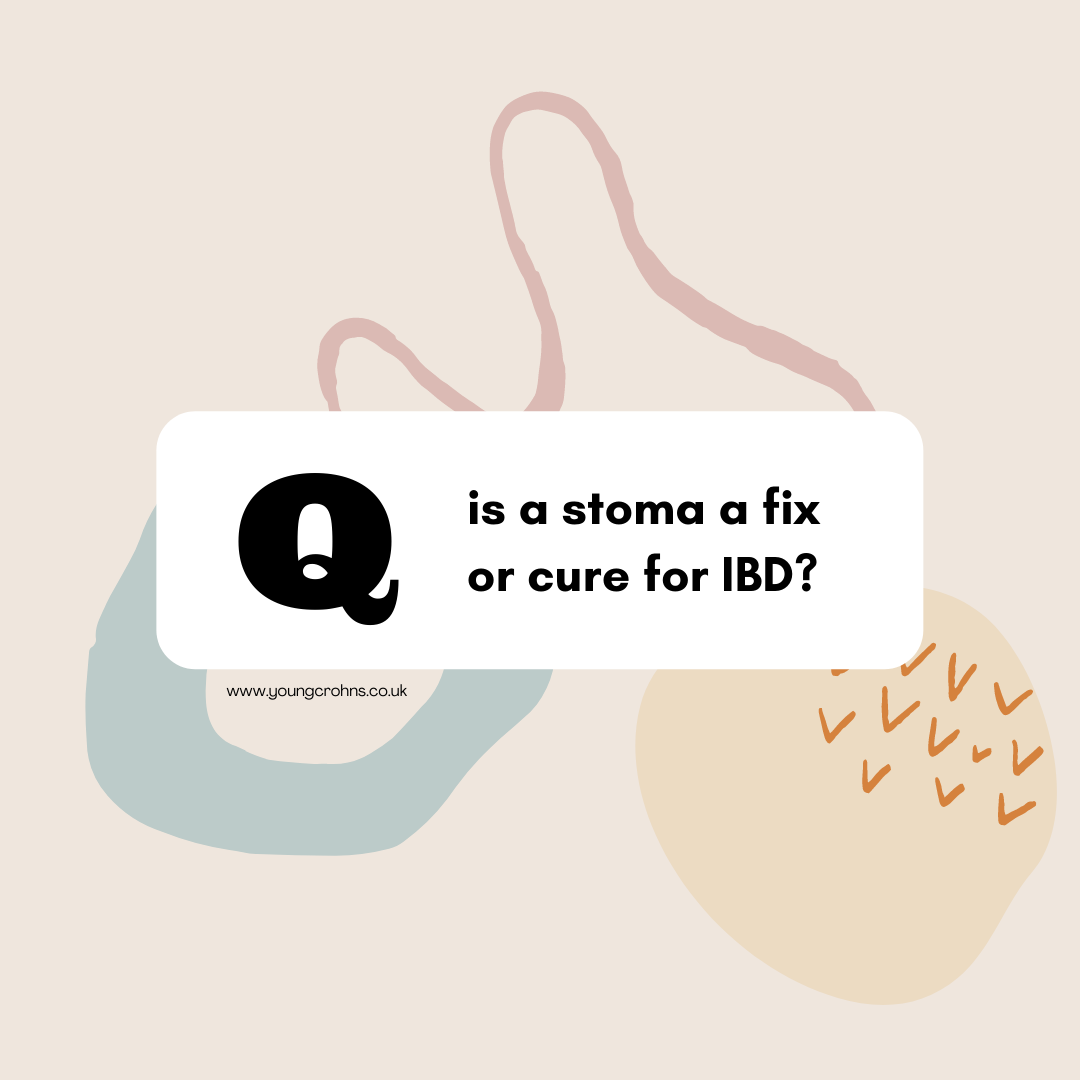 If I had a pound for every time I got asked this immediately after surgery or whenever I meet someone new who doesn’t know my background to my stoma, I swear, I’d be RICH.

Let’s go through this question methodically, shall we?

What is a stoma?

A stoma is an opening in the abdominal wall to divert the bowel and its waste into a medical device. The word ‘stoma’ comes form the Greek word meaning ‘mouth’ which makes alot of sense really, is a section of the bowel which is folded back on itself, surgical stitched to the external abdominal wall, and when a medical device called a stoma bag or ostomy bag is placed over it, the waste product collects in said bag.

Why does a stoma get formed?

Stomas get formed for a great variety of reasons! These can include birth defects, trauma to the abdomen, diverticulitis,, spinal injuries and inflammatory bowel disease. Some stomas are immediately needed – as part of treatment In injuries and defects – or could be something to help relieve symptoms at various points during a patient’s lifetime with an disease – such as IBD or diverticulitis.

How common are stomas within IBD?

How does a stoma work?

After surgery, a stoma will function without any thought behind it. Much like you don’t think about how your digestive system works when it is contained within you, it works exactly the same when a part of it is diverted to the surface. The bag attached to your abdomen will collect the waste your system produces and you will have to empty the bag on a regular basis. This can be numerous times a day for those with an ileostomy – one formed from ileum so is more liquid and porridge like consistency – and once or twice for a colostomy – one formed from colon, which has absorbed more liquid so its more solid.

Beyond that, it is about taking care of the skin around the stoma to ensure it stays healthy and not irritated. It also means adjusting some aspects of daily life but the relief of symptoms – most stomas are formed because of servere disease within IBD or to rest the bowel for pouch surgery – is worth the ‘extra effort’ required. In time, it all becomes very routine and normal.

Stomas can either be created temporarily or permentanty. They can also go from being temporary to permenant.

Nothing much changes with how a stoma functions under these two sub categories, but when the stoma is made permeant, the proctectomy surgery removed the rectum and sews shut the anus. This particular part of the surgery can be tricky and problematic because of the wound healing aspect.

Does a stoma fix IBD? Well, that depends. If you have regular flare ups, medication fails or you develop fistulas or reoccuring abscess, a stoma could be way to ease those issues. For me, my stoma removed the diseased aspect of my digestive system and I instantly felt better (no colon destroying my insides was a huge relief) but it has made my medical journey more complex.

Stomas do not cure IBD. There is NO CURE for IBD.

Some would argue that this is misleading, as a stoma effetely removed the ulcerative colitis from UC patients but it does not rid the body of having IBD. IBD can present in other ways – extra intestinal manifestations – which can also be just as challenging as having IBD in the digestive system.

"Does having IBD scare you?"