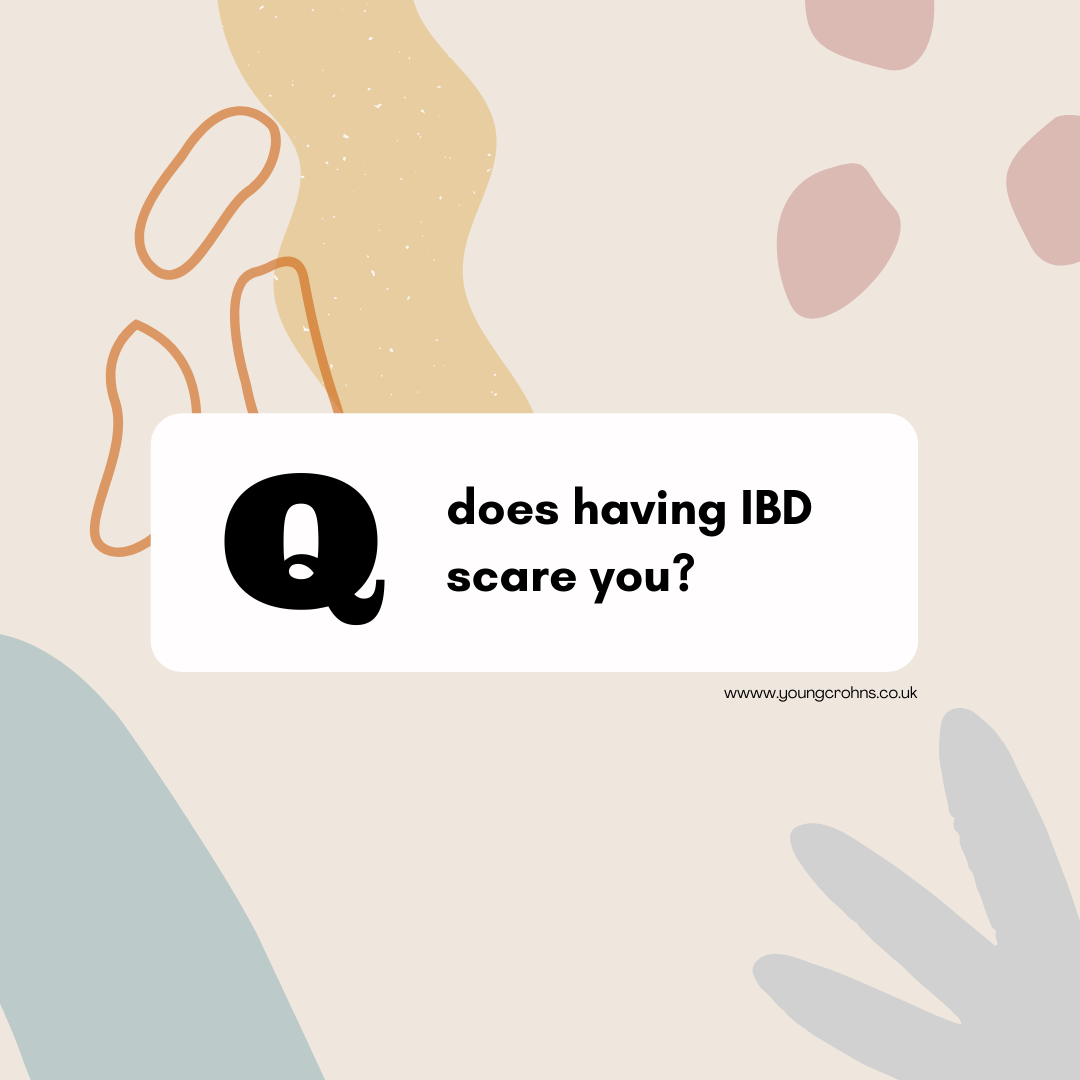 Let me take you back down memory road to the day after I was diagnosed with Crohns disease.

“I sat on my hospital bed, in the new ward, waiting for the doctors to come and do their rounds. I would meet my consultant for the first time – excellent, when I looked and felt awful – as well as a specialist nurse. Why did I need a special nurse? Was this going to be bigger, harder and more than I expected? What would happen next? Would I need more tests? I shuddered at the thought of repeating the scope from yesterday, my abdomen still tender from it and my butt still sore and painful. Nope, I did not want one of those again. It was time to listen and take notes.

I was shaking. I wasn’t cold, I didn’t have a fever; I was scared. Really and truly scared. What was going to happen to me?“

That day is almost ten years ago. I’ve sat in many hospital beds since then, had a hundred conversations or more with my consultants over the years, and more with my specialist nurses. I’ve been very lucky I had access to care – specialist care – from the very beginning of my diagnosis. Very lucky indeed. But I was still scared.

You get told, after a period – however long – of being unwell, that you have a condition that is incurable and chronic. A lifelong battle to balance everything that having IBD is and can be. It is mammoth in its entirely but manageable on a day to day basis, after some adjustment.

My Crohns disease got bumped up to ‘severe after three months of failed medications and numerous hospital admissions which did very little to resolve my symptoms – here: dramatic weight loss, bloating, unable to eat, chronic diarrhoea, medication side effects such as committing, blurred vision and low blood pressure. That turning point didn’t strike fear or worry in me because I had my team to back me up, keep me safe and monitor me.

Getting used to being ‘always sick’ or the ‘sick friend/person’ etc was hard. But I was okay because I knew I could adapt. And I did adapt. I went through all the ‘traditional’ medications and procedures, trying to ‘avoid’ surgery for about five years before we really needed to have a serious and honest conversation about the actual process of me requiring surgery to better manage my disease.

November 2015 – My consultant and I sat down to our 6 weekly clinic appointment and he began as he usually did with going through my blood work and talking about my current & ongoing symptoms. This time they weren’t as bad as when I was diagnosed – fatigue, slow weight loss, abdominal pain, the urgency with no movement – but not what you want or expect while being on two medications. I remember being really fed up. I had had a tough run of six months previous when we found out my antibodies to IFX were high and MXT just wasn’t cutting it. I was just beginning Vedolizumab but it was so new, we needed a Plan B, just in case.

Surgery. We discussed it honestly and openly. Not being a surgeon himself, he couldn’t be too specific but he knew that in order to ‘correct’ a stricture I would need a resection but how big, he just didn’t know. IFX had worked at not making the stricture he found in 2013 when we first met and he placed me on IFX any worse, but now, it was just a band-aid. Surgery was needed.

I was scared, who wouldn’t be? Yes, I knew plenty of my IBD friends who had had surgery and breezed through it but I also knew some who hadn’t. There was no telling how I would fair. I decided that while it was worthy of conversation, I wanted to see if Vedo worked. So we would table it until 2016.

If you are familiar with me by now, I did indeed have that resection in 2016.

But it’s not been a straightforward road. In fact, none of the last ten years have been and I have been very scared many times.

I don’t always show it, because it does really upset me. I do worry about the future and I worry about how each step I take, each choice my team and I made regarding my disease is going to pan out. BUT I have always weighted benefits over risks. Which has meant since 2016, I’ve had three more surgeries and more issues. But who’s to say that they would’ve happened, regardless? And everything has associated risk and fall out.

I am not belittling fallout or the effects of the choices we made, but it is what makes IBD scary. Making the right choice. But we can only go on the information we have to hand at the time. Regret and guilt over ‘wrong’ or ‘bad’ choices is wasted time. I’ve learnt that a lot these last few years.

But on the whole, I do not fear my IBD like I used to.

I rock up to my appointments with a positive attitude and mindset. I know what I’d like to ask, what I hope they could say and I compromise when needed. I have become that chilled-out patient the nurses don’t worry about during admissions or day surgery. Maybe this comes from experience but I try and have this vibe throughout all of my time spent in the hospital – as an outpatient, day case or inpatient.

Yes. Not every day but they do come to ahead often. We discuss them, decide on a plan of action – if any – and put that into place. I know it sounds really simple, but discussing it is the hardest part. Yes, occasionally I’ll get stumped with something and talking it out is good for me. I can then direct my feelings towards my team – usually my first point of call, IBD nurse – and we go from there.

Below are the ‘scary’ highlights of the past ten years

Fear and being scared don’t always show on my face. I usually smile or crack a joke or two. Most of the time, I’m laid back and cheerful when it comes to any interaction with my team and getting news – either good or bad.

Lately, though; it’s been a different story.

I don’t know if it’s hitting a big milestone soon or that I’m back on medication or even having repeat procedures done, but I am finding myself more apprehensive about things. I wonder about what happens if this medication stops working (it is the fourth time we are using it), what do we try next, what if I require more surgery to fix abscesses and cysts? How are we going to treat the new battle that is my skin? There is alot of questions and not many answers.

My first instinct is to keep this all to myself. But that would make this process of asking if I feel scared pointless, and everything above a complete lie. It is not. I am choosing to voice my opinion on a subject that may be many find too hard to put into words, and yes that aspect is challenging, but knowing that the fear of being afraid is part of this ‘chronic illness life’ makes it somewhat easier. Being afraid means you have something to lose, is the old adage.

If you enjoyed this post check out I AM SCARED, despite being in such a joyous season and I am scared and that is okay

"Is having a stoma a fix or cure for IBD?"