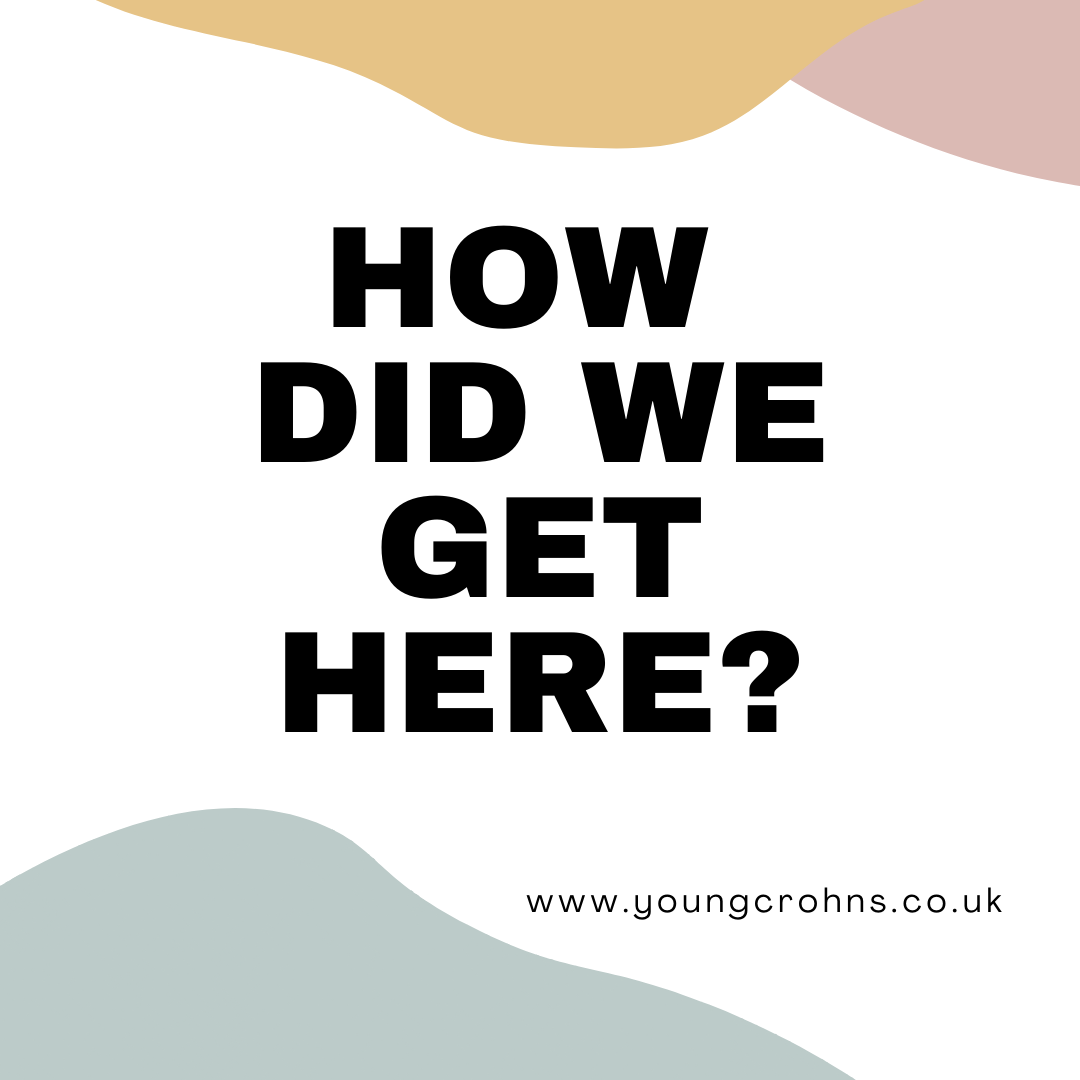 I remember vividly two days that began my journey with Vedolizumab;

“she returned my call, the long and short of it being that “no, this isn’t working“; agreeing with my doubts since Monday. It’s not a decision to be taken lightly and it certainly wasn’t a happy and cheerful conversation but it was honest and realistic. Having me fail biological treatment like Infliximab was a shock.”

“I had a call on September 29th, the day that meeting happened, to be told I could receive Vedolizumab; but it came with two stings – 1) It most likely wasn’t going to do much, but at least would be some sort of maintenance therapy for another couple months and 2) they still didn’t know when they would actually be able to give to me, at that point.”

That is five years ago now.

And today I have gone 365 days without any medication to help control my Crohn’s disease. I am in deep clinical remission.

But just *how* did we get here?

It’s a question that allows me to reflect on all of the things that have happened in the last five years but also lets me questions what I believed remission was, prior to 2015, and how I now feel about it; having had almost a decade of Crohn’s disease.

I began to fail Infliximab in the Spring of 2015, after almost three years of this treatment. Straight away we – my consultant and I – added in Methotrexate and strengthened my Infliximab infusions. That kept me ‘going’ until we got antibody and trough levels [my body’s immune response to the drug and how well it was being retained: SPOLIER – it was not being retained and my antibody levels were high] and we sought approval for Vedolizumab.

I was the first female patient in the NHS Trust to receive it. It was given for the 14-week window of response to see if it worked and while it started to do something, it just wasn’t enough for my exhausted body. I was advised to look into surgery at this point, as well as a second opinion for a clinical trial and more experimental medication regimes.

Between 2015 and 2019 I would be on Vedolizumab on three separate occasions. The second would be after my subtotal colectomy and the third – and longest – would be in the Autumn of 2017 following multiple admissions for bowel obstructions.

From the very beginning of having Crohn’s Disease, I’ve really believed in the medical treatments for my condition because I did not want to have surgery. I was terrified, without a doubt, of the whole process. And a small part of me was in denial that medication would always win over surgery.

I have had four surgeries for my IBD since 2015, almost one a year, which is somewhat laughable to me, after being so anti-surgery.

A right hemicolectomy in May 2015 removed a stricture and my terminal ileum – the main source of my disease.

Three months later, and after many admissions for infections, flares and obstructions, I had a subtotal colectomy to remove my colon and create a temporary ileostomy. I’m quite glad that this circumstance came about, as my colon had become so diseased, it was ‘falling apart’ during an emergency colonoscopy.

Eighteen months on from that stoma surgery, I had the completion of my ileostomy with the removal of my rectum in proctectomy surgery. I was back on Vedolizumab here and there was thought that if my rectum was removed, I could become medication free. Although, at that time, I wasn’t having the surgery for that particular reason.

A slight deviation in 2020 when I needed emergency surgery to repair a large parastomal hernia which was obstruction my bowel. I am currently recovering from that. It has been smooth and without issues probably because I am healthy and my disease is in remission.

Being ‘medication-free’ or in ‘clinical remission’ is not without its issues. I’ve had skin problems since my last infusion of Vedolizumab; it has triggered a response from my immune system which attacked my skin. And while it’s now being managed, it is very – and has been – tough to deal with.

My take away from this year has been that, while I don’t directly have the main symptoms of Crohn’s disease anymore, I still experience problems.

My stoma might have removed the diseased bowel but it comes with its own set of issues. There is Vitamin B12 deficiency, iron deficiency and fatigue, joint pain and terrible backaches, sore skin and bag leaks. Let alone the mental and emotional trauma of admissions and procedures.

I’ve always looked at my Crohns disease as weighing up the pros and cons at any given point. So while surgery might have the initial pain and recovery process, it has long term benefits. The same goes with medication; it comes with side effects and possible complications but it is for the long term good.

And for almost every time I’ve been close to throwing the towel in, I’ve done this mental checklist, my gratitude list if you will, in my head before I seek help. Because most of the time, remission is a mind fuck – you chalk up days into weeks into months between flare-ups and the longer you go without one, the more you forget how one feels. You become unsure as you go about living life free of the disease, even if it’s only for short periods.

Five years is a long time, but it feels like yesterday I started this ‘second chapter’ of my journey with IBD. And while so much has happened in that space of time, it’s just such a small chunk of everything I’ve been through.

I might not be able to return to Vedolizumab for the fourth time, and that is okay. We could possibly return to Humira but who knows? For the time being, I am happy knowing that my surgeries have achieved the short term goals and I am seeing and living in the long term period of not only resection life but also stoma life.

If you enjoyed this post check out Coming Off The Radar, Being Medication Free: It’s Effects on my Body and New Beginnings & IBD Remission