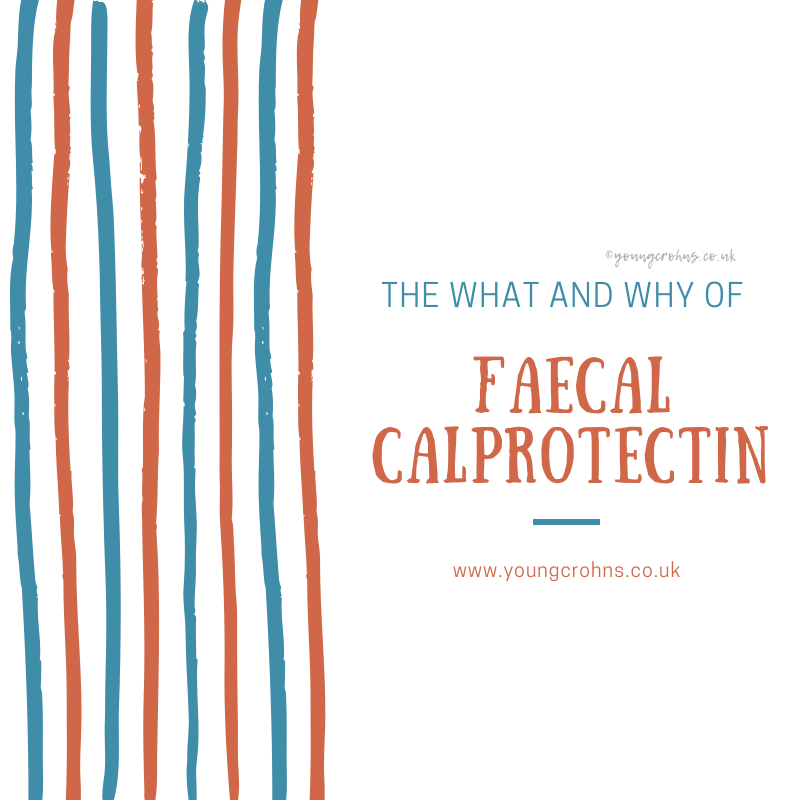 If you are looking for the entire ‘What and Why’ series, you can find them all here.

The British Society of Gastrnology (BSG) sees this test as providing “differentiation between inflammatory bowel disease (IBD) and functional gut disorders, and the determination of mucosal disease activity in established cases of IBD [which] remains the cornerstones of disease diagnosis and management. Non-invasive, accurate biomarkers of gut inflammation are needed due to the variability of symptoms, the inaccuracies of currently available blood markers and the cost and invasive nature of endoscopy.”

Faecal calprotectin testing is most commonly used when someone has been experiencing symptoms such as abdominal pain or discomfort, bloating or changes in bowel habits for six weeks or more. Elevated levels of faecal calprotectin on their own are not enough to diagnose IBD. Other tests are usually carried out to aid diagnosis.

Faecal calprotectin testing has become part of the NICE guidance for diagnosis and monitoring of IBD, as shown below in their clinical pathway: Despite being a relatively new test, faecal calprotectin is regularly used as indicator for IBD during treatment and as diagnostic marker. Since calprotectin comprises as much as 60% of the soluble protein content of the cytosol of neutrophils, it can serve as a marker for the level of intestinal inflammation. Crohn’s disease and Ulcerative Colitis as two most common forms of IBD, are part of group of conditions that cause a pathological inflammation of the bowel wall. This inflammatory process results in an influx of neutrophils into the bowel lumen; making this test the best non invasive way to determine the level of active inflammation in the gut. This means fewer people are having unnecessary invasive testing such as endoscopies. Some hospitals carry out routine faecal calprotectin tests on their existing IBD patients as a way of monitoring how they are doing while other hospitals just do it if the patient is in a bad flare or if they are undergoing a new treatment/medication.

Typical levels of calprotectin are: I’ve done this test on several occasions. The times before my surgery, they were used as a non-invasive way to track my levels of inflammation along side my routine blood work. They were primarily used in times when we were discussing my medication being changed.

Since surgery, we used the test to keep a track and trace on my inflammation whilst coming off medication and if this was going to prove to be fruitful. This was done slightly more regularly due to my stoma’s output. I would do two tests quite close together and then have them repeated a couple of weeks later. This was down to my output being very liquid and it would need to be more solid to get an accurate reading of the inflammation. However, in all instances, my levels all came back either as normal or just below the cut off value for IBD – at my hospital, this was 50.

Have you done the stool test? How did you find this? Is it used consistantly with your IBD? Have you had the results and have these been explained? Do you find this a good measure of your disease activity?

British Society of Gastroentrology: BSG Guidance on the use of Faecal Calprotectin testing in IBD

Calprotectin: Your Test for IBS/IBD