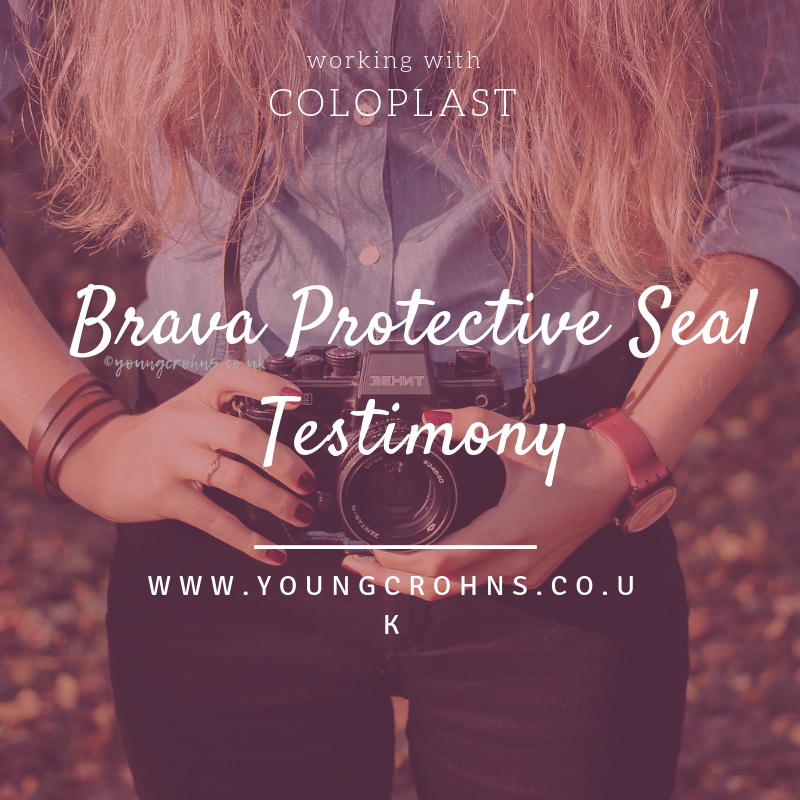 Something I have been unable to share about – until now! – is my involvement with Coloplast and their Brava Protective Seal. I reviewed this product earlier on – read more here – but I was also approached by Coloplast HQ in Denmark to do a testimonial for the product too not long after that review went live. This would involve a video shoot and interview, showing me in my ‘natural surrounding’ living life using one of their products. In all honesty, I use a lot of Coloplast products but this one in particular has had a significant effect on not only my stoma care but also my lifestyle. The seal is small in the scheme of things but it has changed how I feel about leading a normal life now with an ostomy. It’s given me the confidence to go out, go away, enjoy my life without fear of leaks or sore skin. Truly, a game changer for me. And I was so utterly humbled being asked to do this by Coloplast – the UK market leader, a huge company – as well as the courage it took for me to agree and do this too. It was filmed at the start of 2017, not six months after my surgery. The crew that came and filmed with me were lovely and so very down to earth and understanding about my situation. It was a great experience to be part of.

We filmed for two days in my hometown of Lichfield in Staffordshire. I had six people following me around; filming me and shooting multiple angles and so so many images. It was unusual to start with; I was quite self conscious about the general public starting at me – we started in my favourite coffee shop – but I soon relaxed. I knew that they needed a lot of actual footage to create my video, so I just let them do their thing.

The thing with filming this sort of intimate issue, you just see me. You see me, living life with a stoma and you would never know I had one. I wanted to show the confidence that I have to just go out, without the worry and fear of leaking in public or the uncomfortable feeling of sore skin that you can’t scratch, under your bag.

Being comfortable in and with my stoma products – from the bag to the accessories – helps me love my stoma. It is step one in my daily routine and to have that ticked off, is a big booster to how I feel and act.

What the crew were filming you would never know what it was for, and I liked that unknown aspect to it.

On the second day, we did some walking and the interview for the voice over. It was then that I got to speak. My story is just one of many of those people who wear and use the seal. My story is original to me but I am sure that the feeling of finding something that works, is not just special to me. Speaking to what were lovely and wonderful people, but essentially strangers; was weirdly emotional. I had time to think about how sore I was before, how frustrated I was with my stoma, before I tried this. The freedom I now feel, it makes me tearful. Grateful tears, I assure you.

As apprehensive as I was about this shoot, I would do it again. I waited four months whilst they edited and created my video. Here it is:

It went live in the UK in December 2017 and every time I get linked to it, through people who know me, it is wonderful. I go back to the snowy January in Lichfield, filming in the freezing cold, with my yellow hoodie on, surrounded by five Danish and an Irish, admiring the beauty and heritage of my hometown. I use the seal on every single one of my bag changes since trailing it in November 2016; roughly 200 changes.

Here are a few photos from the shoot; behind the scenes: