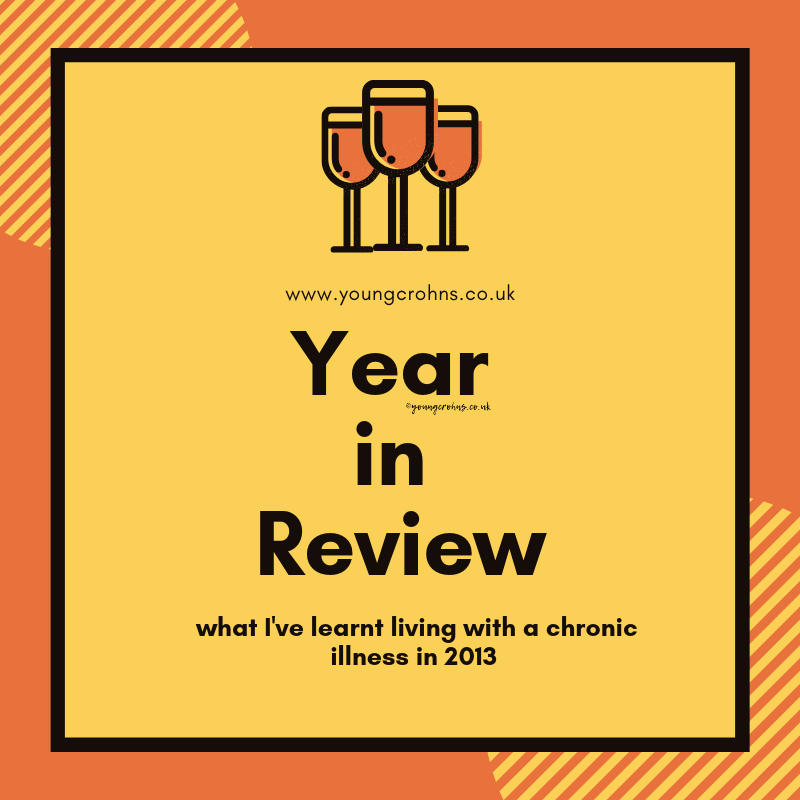 This blog turned one year old on the final day of 2013.

Those sort of moments tend to allow one to reflected on the past twelve months. When I consider how long and short ago January 2013 was, so much has happened!

Here are my highlights:

The big achievement for me was not getting admitted into hospital. When I was taken off my Humira injections and left with medication options that didn’t work for me, I seriously wondered over the summer how long I could last without admission. It had been a rough spring for me, I had to cut back at work and really work on my diet and stress to avoid more health problems, but finally in the Autumn, after a typically rough week whilst away on holiday, I was allowed to apply for Infliximab funding. It has taken almost nine months for me to realise that I could not go med free. I was going to be throughly dependent on a biological treatment for a long while, whilst I settled down and I got more familiar and comfortable with my IBD. Even thought its been two years plus, I’m still very confused and easily made anxious by my condition.

Despite all the bad health problems, things have really settled down since my new medication has kicked in. I’ve also been able to achieve so much this year, some new and some predicted tasks. It’s been a good one for me, my main goal for 2013 was to create and set up a great foundation for the Crohn’s group, and that has definitely been successful. I am proud of my achievements, and I hope to make more progress with everything in the coming twelve months.