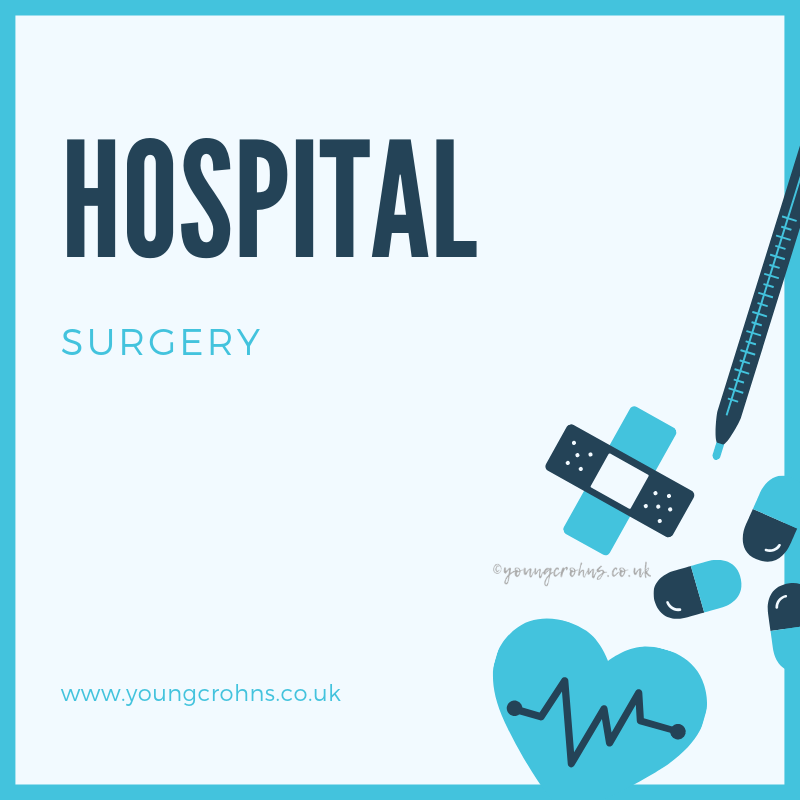 The weekend after surgery saw the most activity. This would be the removal of my catheter, getting out of bed for the first time and finally being able to eat.

Having not been awake for the insertion of the catheter, the removal was pretty painless. It was more uncomfortable than anything and it did mean I would now have to get up and find the female toilet at some point; with a PCA pump and a bag of IV fluids. It’s quite amazing how much the catheter was doing for me because it wasn’t long before I needed the loo and I got the first feelings of my internal pluming working since GA and the morphine. It was weird but such a relief that that part of me was working well without any help.

That afternoon the physiotherapists came to get me out of bed and attempt to get me walking about the ward. I got disconnected from the pumps and had one last shot of morphine and turned on the bed – very painful – and attempted to stand up slowly. This was agony. And once I was up, I went all light headed. They took my BP and it was very low. I would have to wait a day longer to attempt walking which meant I was still unable to try eating until after that.

Because of the morphine, I was sleeping when I could; snatching moments during the breaks in between visiting hours and obs being done on me; which did help during that weekend. I could at least be awake for my visitors! But after three days of the PCA, I was told to try the oral painkillers and wean myself off the morphine. That was tough, tougher than I was ever anticipating it would be. But I did it and once the PCA was gone, I was feeling well enough to walk around my bed and then into the ward. I was also back to solid food, which was bloody lovely after 4 days with only fluids.

Six days after my operation, the surgeon’s decided I was fit enough for discharge.

Being at home for those first few weeks was difficult but such a relief. I could finally focus on keeping myself well – despite a late weepy wound infection that I needed a week of antibiotics for (the first course of many since!) – and getting used to my new insides. 30cm of bowel isn’t a lot in the grand scheme of my digestive system but its big enough for movement and motions to change a lot. Firstly, my lower right side was still painful and I needed to take my painkillers like clockwork for the first two weeks. I was also still bloated from all the added air from surgery so I had to carefully get rid of that, gradually over time. I also had to readjust to new BMs. A combination of codeine and my soft diet was causing it to vary a tremendous amount in frequency and consistency – normal for being post-operative.

Knowing what was and what wasn’t ‘normal’ during this initial post op period was the easy part, all things considered now. As the weeks went on and things didn’t improve as much as I had hoped, I started to panic. I wanted answers and no medical professional could give me a definite yes or no to whether this pain was normal or the lack of appetite was normal either. It was hard to not let myself go with all these thoughts of not getting well because it was still early – they estimated 3 months before things settled completely into a nice and stable routine.  All they could say was that because I have a chronic illness and was very unwell before surgery for such a long time, it would take as long as it would for things to get back to ‘normal’.

On the late May Bank holiday weekend, I started to feel unwell again. I tried to ignore it as much as I could – my own sore source of denial – but I was being sick a lot more and unable to eat at all. Everyone at home was very concerned that I was suffering from a post operative complication. Meanwhile, all I could do was to pick myself up and try and keep positive; that was extremely tough and draining. I kept breaking down into tears on my own – mostly in the bathroom where no one would really bother me – to release my feelings but this didn’t work well enough. I was in a staggering amount of pain and all my GP could do was offer more painkillers – which I was sure I should keep away from; I was this far into post op recovery, I shouldn’t be in pain anymore! – she also had no idea about bowel surgery, Crohn’s or even post-operative care – useless, in so many ways.

But on the Friday, about a month post-surgery, I was in even more agony. I couldn’t eat anything and I was constantly on the loo in pain. I had a hard abdomen and I was really scared at this point. Was this a blockage? Would I hurt myself more by pushing to get rid of the pain? Did I have a leak? Had the surgery even worked? I emailed my IBD nurse and she requested bloods and stool sample be done on the Monday at the hospital. The weekend passed with some discomfort but I felt relatively okay.  Came to the hospital on the Monday morning to do my two tests and waited anxiously for the results. On the Wednesday morning, some results had come back as incomplete so I ended up speaking to my nurse over the phone; and after discussing my symptoms in more detail and after admitting how long they had been going on – the abdominal pain for almost a week on and off, tolerable only with codeine – she suggested coming to the A&E department to get at least a scan of my abdomen to check it wasn’t anything surgical.

In between that call and getting my dad to come home from work to take me in; she called back and said to definitely get here – both my surgeon and consultant had reviewed those symptoms and deemed it necessary for an admission. Something wasn’t right – and thus starts another adventure with a chronic illness…