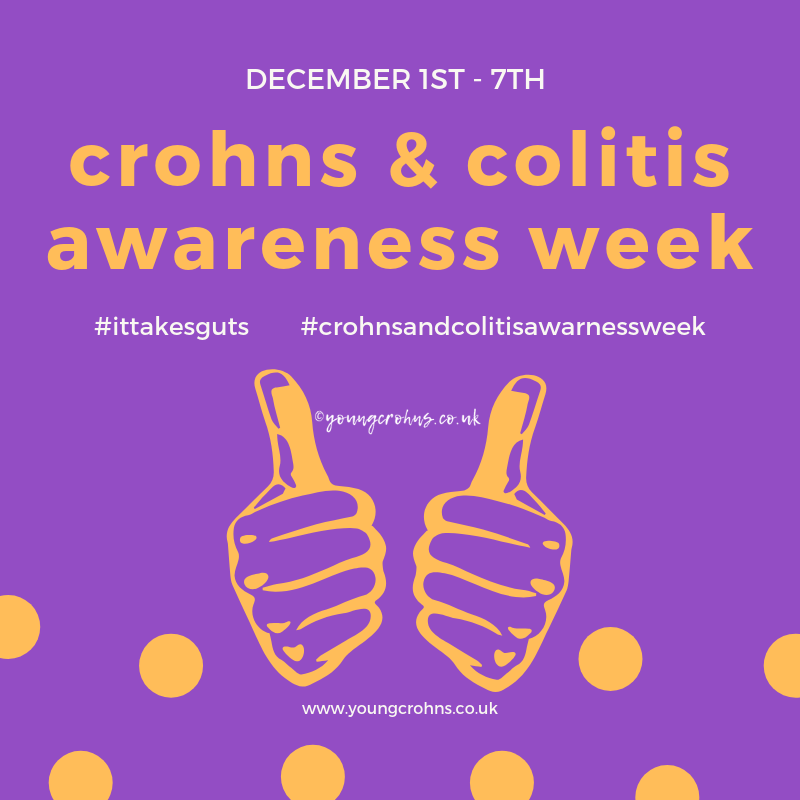 Part of the week of daily blogs for #crohnsandcolitisawarenessweek Read the entire week here.

What are Crohn’s & Colitis? Crohn’s Disease and Ulcerative Colitis are the major categories of inflammatory bowel diseases (IBD). IBD affects an estimated 300,000 in the UK. These chronic diseases can run in families and they affect males and females equally. While IBD can affect anyone, Caucasians are more likely than other ethnic groups to have IBD. Yet it is largely a hidden disease, and one that causes stigma, fear and isolation – it’s thought that many people with the condition go undiagnosed and suffer in silence. It doesn’t have to be like this.

Crohn’s disease is a chronic inflammatory condition of the gastrointestinal tract and may affect any part from the mouth to the anus.

Ulcerative colitis is a chronic inflammatory condition limited to the colon, otherwise known as the large intestine.

It is often sometimes difficult to diagnose which form of IBD a patient is suffering from because both Crohn’s Disease and Ulcerative Colitis cause similar symptoms.

The main symptoms of IBD:

Some people with IBD, particularly Crohn’s, may develop complications, including:

IBD can sometimes affect other parts of the body, including:

Both illnesses do have one strong feature in common. They are marked by an abnormal response by the body’s immune system. The immune system is composed of various cells and proteins. Normally, these protect the body from infection. In people with Crohn’s disease, however, the immune system reacts inappropriately.

However, in people suffering from IBD, the immune system reacts inappropriately, mistaking benign or beneficial cells and bacteria for harmful foreign substances. When this happens, your immune system can do harm to your gastrointestinal tract and produce the symptoms of IBD.

Treatment depends on how severe the symptoms are, and how much of the gut is affected.

There is a range of drugs used to treat IBD. Initially, the aim of drug treatment is to reduce inflammation in the gut to bring relief from symptoms are induce remission.  Once the condition is under control, your doctor will usually continue to prescribe drugs to maintain remission and prevent relapse – this is called maintenance treatment.

In some cases, if medical treatment is not effective, then surgery may be required.