Has my Bag Improved my IBD? 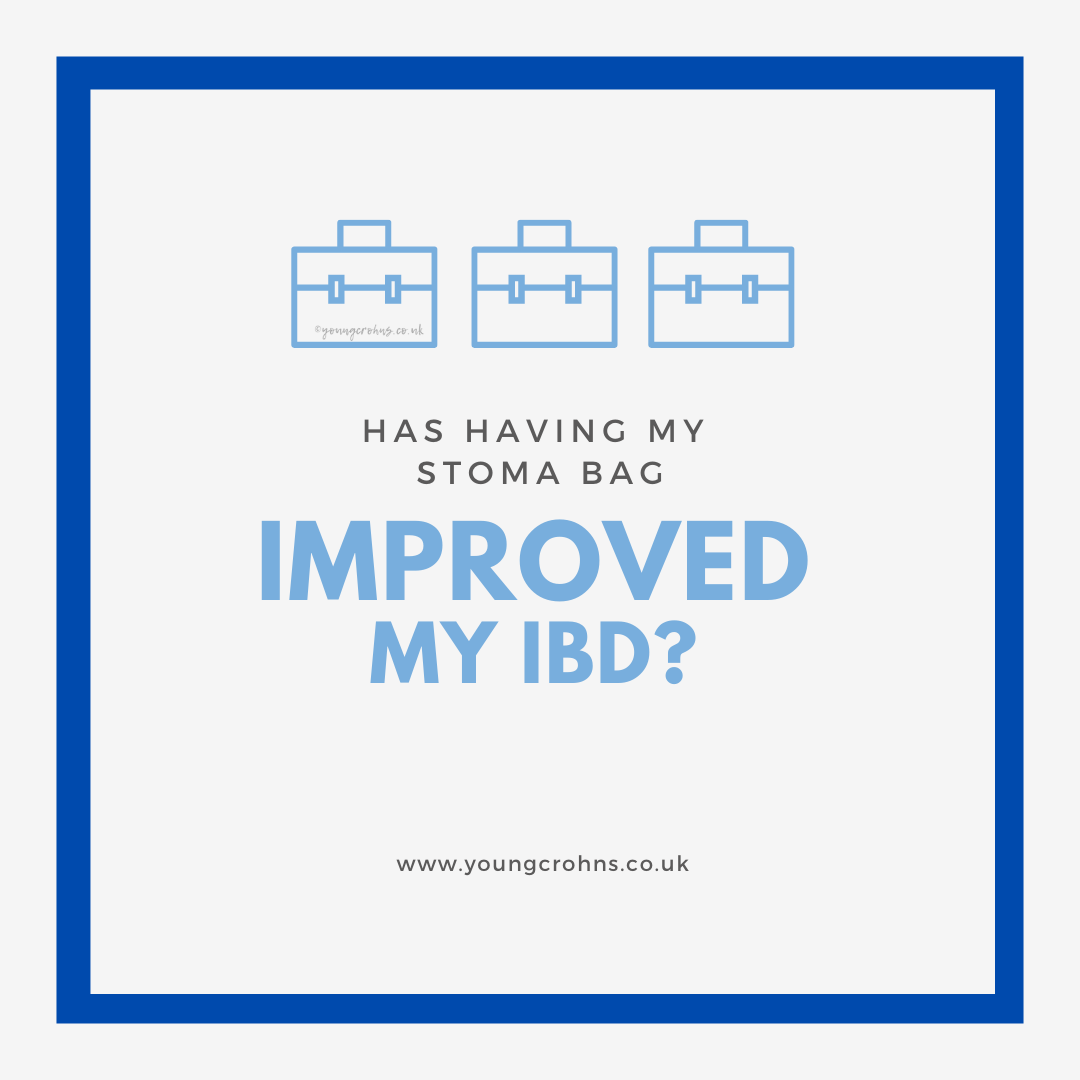 It is the week before surgery.

I knew the closer we got to my date, I would begin pondering things. August has a tendency to bring up some pretty miserable memories, as well as great ones.

I’m coming closer to the anniversary of my stoma surgery, a period in which I was the sickest I’ve been since having IBD. The days, weeks and months that followed that surgery, were filled with a refreshing absence of blood, diarrhoea and pain. In fact, Autumn passed by in a blur because it was so good, in comparison to the Summer.

But, of course, it wouldn’t always last.

2 – Having a bag fitted is a huge adjustment.

I struggled with the second before the first.

As the days in which I felt well increased, I began feeling anxious. Having a bag was tricky in the beginning – I had sore skin, a dip from surgical stitching healing weirdly, leaks, looser than expected output, a big blockage that landed me in hospital for a couple of days – but it got better. I healed and coped with the mechanics of changing my bag, looking after my skin and getting into a routine with food. But the anxiety never went away.

In fact, it continued to bubble under the surface for almost 18 months, until I had an anxiety attack at work. At the time, I saw working as the one thing that contributed the most to my anxious feelings. I was always on edge and worried. But it wasn’t working; it was my bag. I’d never gotten to a good place of acceptance.

Yes, I had adapted – really well, actually – but not accepted. I wrote about my journey and how having a stoma ‘changed/saved my life’ which was and is still true to this day. But accepting it, warts and all? I wasn’t there.

So surgery; it fixed certain aspects of my disease’s behaviour – in 2016 I had a stricture in my terminal ileum removed, and of course later that year, my colon was removed as it was not functioning at all, even with medication – but I still had IBD.

My Crohn’s disease was always very responsive to biological medications – Humira, Infliximab and Vedolizumab – so after surgery, we restarted Vedo in the hope it could get me to remission. It did, and it was stopped after 6 months. I went off and began living my life again; stoma bag and all, only to have a big flare 3 months later, only a couple weeks after MRI scans showed no active disease. It is all or nothing with my Crohn’s.

I felt angry that my disease was still being problematic despite having two huge surgeries, adjusting to stoma bag life and trying to put it to the back of my thoughts. It took the best part of eighteen months of going backwards and forwards, all this toing and froing to understand that this is what I have to deal with after choosing a bag. Making peace with that, was a big step for me.

I now need surgery to repair a hernia that has been growing behind my stoma – the cavity created by opening my abdominal wall – for almost a year. Waiting for this has been both peaceful and frustrating due to COVID but now that it’s a week away, I am thinking about how I look – and have looked – at my bag and disease.

What my disease makes me think of

What my bag makes me think of

IBD is a journey.

Next week I’ll wake up with a new stoma and a different looking belly and this whole cycle of acceptance and adaption begins once more. I hope though, I am better prepared and more forgiving.

If you enjoyed this post check out The Mental Struggles of Chronic Illness, Should We ‘Celebrate’ our Medical Anniversaries? and High and Low Symptom Days 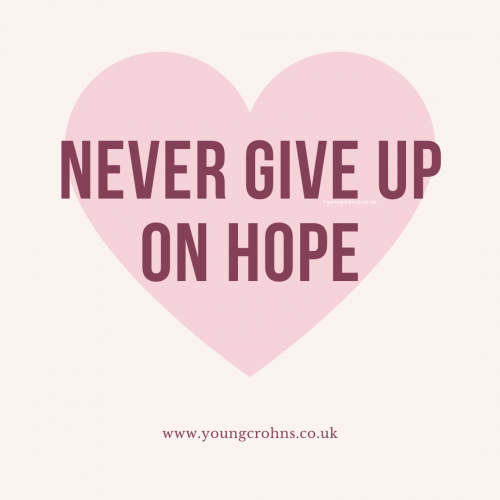 Never Give Up Hope 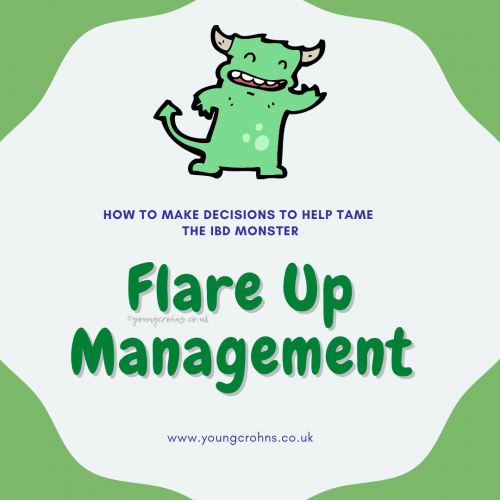 I’ve just finished this beautiful bottle of gin - any craft ideas to up cycle it?

Help make #IBDvisible during Crohn’s & Colitis Awareness Week by sharing your story and the ways your daily life is affected by IBD.
Learn more: http://crohnscolitisfoundation.org/awarenessweek 💜💜 @CrohnsColitisFn

Any #IBD folks dealt with / dealing with Uveitis?