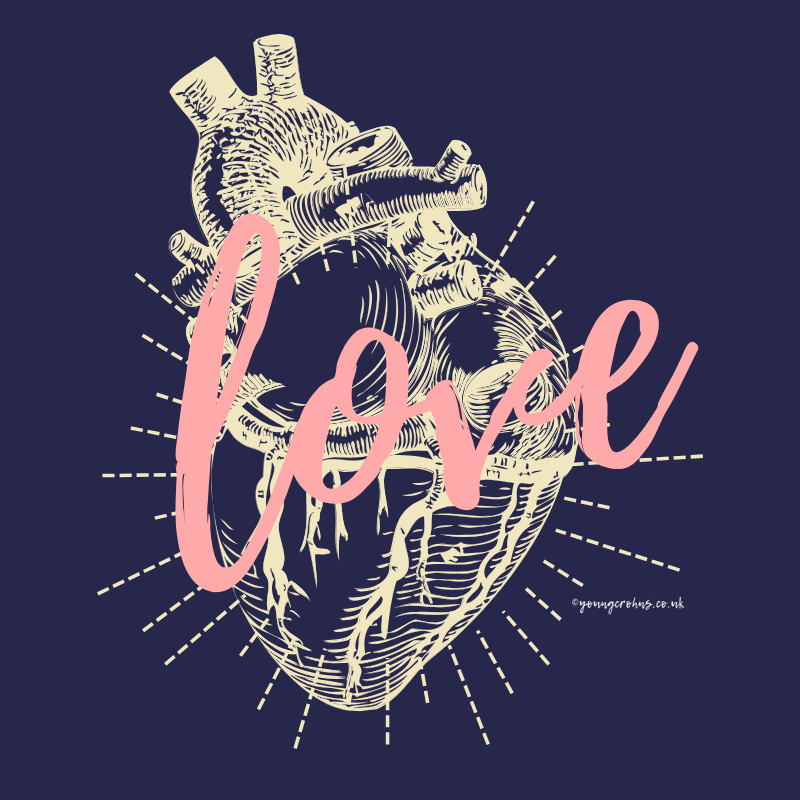 My boyfriend has never seen or experienced me without my IBD.

We met a couple months after I was diagnosed. That is now almost five years ago. It’s been my longest relationship to date and I hope it’s the only one I now have.

At the start, my disease was under control and I was able to have some sort of life whilst being ill. We acted like a couple of just normal people, you wouldn’t have known I was chronically ill.

I kept him away from my hospital appointments – wanted to be a big girl with her big girl pants on – but slowly, I needed someone else there with me: my disease was getting complicated; I needed another set of eyes, opinions and ears to help me through making my medical decision. My parents passed him the baton after we were together for a year or so.

When I came off my medication and I eventually flared up, he was there.

When I needed to having tests and procedures done to stage my disease and an appropriate level of medication, he was there.

When I had to drag my sore and painful arse to A&E late at night, he was there. This happened a good few times in between drug options in 2013. That was our worst year. We struggled to find time in between me being sick to be a couple. We struggled to find time, full stop: we both had new jobs and wanted to succeed enough so we could try and live together. But my Crohn’s was always getting in the way. As I made one step forward, it would force me to take two steps back. But Ben never faltered. He remained strong in the depths of my worse days. But more were coming.

Having IBD would make my anxiety levels go sky high when things changed. And it changed a lot in 2015 and 2016. I went through the majority of my medication options during this time; saw more and more specialists and finally surgeons. It was a scary time; it didn’t happen overnight nor was it a shock to my system but I would need surgery. I was hit with more anxiety; would Ben stick around this time? Would this be now all too much? Would the scars scare him? I didn’t have any answers; I certainly couldn’t ask him either. I was scared, not only because my body was going to go through hell before I got better but I might loose him. I didn’t want to do that. I did all I could to make everyone around me feel comfortable about me having to have surgery; I took all the pre-op testing in my stride but inside I was a mess. Evenings I spent alone, I would cry. I didn’t want everything to change but knew it needed too; I needed to end this vicious cycle.

When my first surgery came, and went but I didn’t recover; all those anxious doubts I had about Ben disappeared. He stood up to doctors when I wasn’t able to. He was a fantastic advocate for me because I had let him see me when I was weak, feeble and not like myself. He was choosing to fight for me.

Part of my ease into accepting my ostomy has been down to that fact. I owed it to him and everyone else who supported me through my worst times, so I could show them how great I could be. And the difference of having no colon has made, it has been tremendous. I wanted to prove to them that ostomy surgery, despite all its risks and challenges, has been the best thing for me. I was scared, nervous, anxious and downright terrified at some points, but I’ve come out the other side because I have things to prove. Not only to myself, firstly, but to Ben. To my parents, my brother, my immediate family. That I was under the thumb of Crohn’s Disease and now I am finally free. That isn’t to say things couldn’t turn, but I am prepared. I know I am able to fight like hell. I am not scared of what Crohn’s could possible throw my way. I have the strength and I certainly have the support too.

It took ostomy surgery to save me. It took surgery for me to finally be able to tell him and everyone around me how much I appreciate them these last five years. And all I have is my actions and words to explain that.

"What is a Stoma, if it Saves Your Life?"