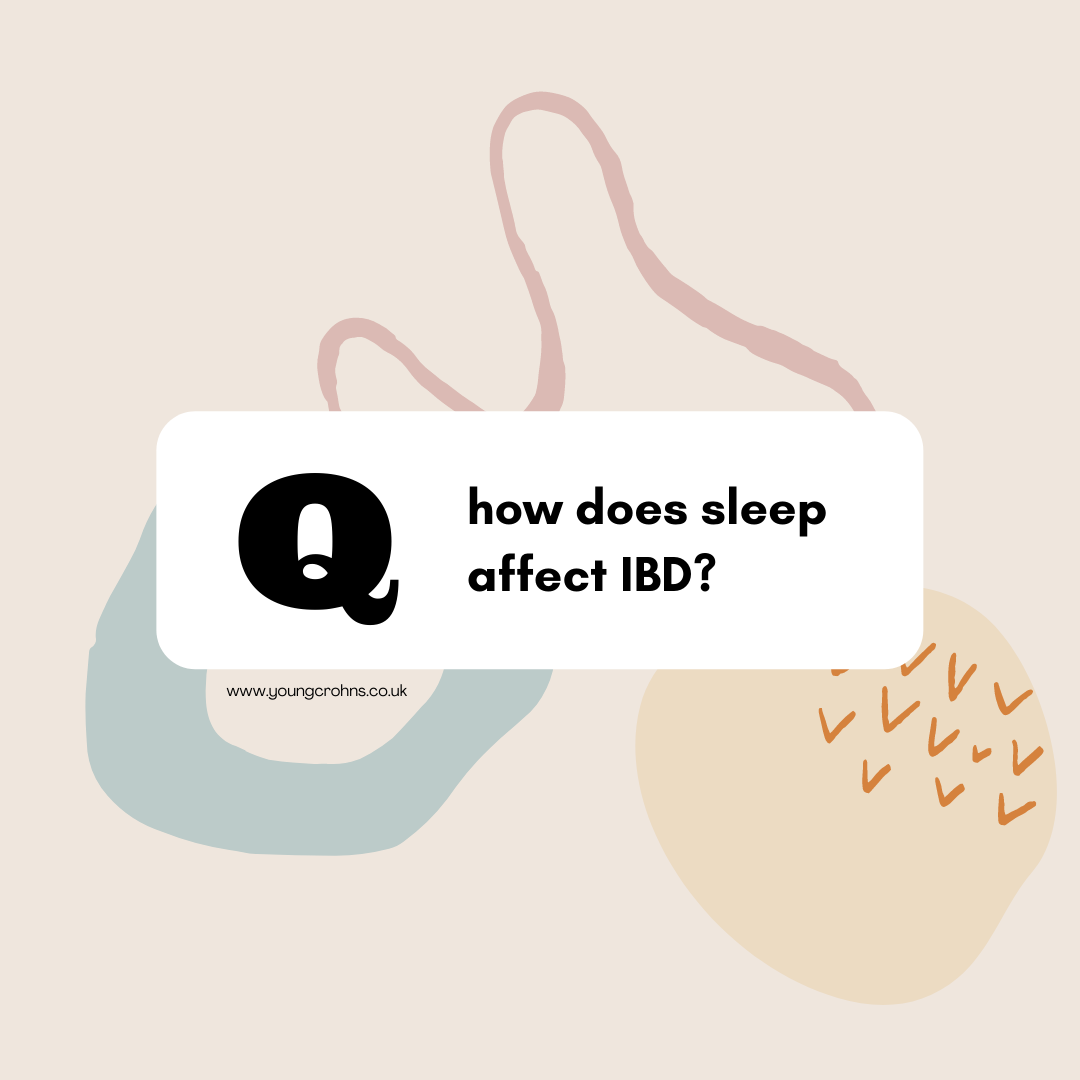 Struggling with sleep is a very common problem. So common in fact that almost one third of the UK population have insomnia – the inability to sleep at night. For those with IBD, I can only image that this proportion is higher, much higher.

When I’ve been in the midst of a bad flare, I would not sleep. I’d be up in the bathroom multiple times during the night, I’d be experience pain – in both my gut and butt – but I’d be absolutely exhausted. you’d think that being so tired, I would just nod off easily. Nope, my head would find it very difficult to switch off – because, at some point, I would be back in the bathroom. Maybe in 10 minutes, maybe in an hour; but I knew I would be. It was an ongoing cycle and I was dependent on caffeine to get me through my workdays. Keep in mind this is while I was waiting for procedures to be completed, results to come in, medication to finally kick in. I wasn’t being neglectful of my condition, it was just part of it. And that makes me sad. Because good sleep is imperative to us as human beings.

In 2014, Crohns & Colitis UK funded research at the University of Bristol which looked into how IBD can affect a person’s ability to sleep. It stated that “Sleep disturbances in IBD are common, increasing during flare-ups but are still present when symptoms have settled down.  Studies show sleep problems reduce the quality of life for people living with IBD and reduce their threshold to cope with symptoms such as pain and fatigue. Poor sleep may also worsen IBD by affecting how the body’s immune systems functions.“

The research concluded that “People had problems falling asleep and kept waking during the night.  On average people reported only 4.5 hours of sleep a night. Many reasons were given for this lack of sleep including pain, bloating, needing to use the toilet or needing to drink water at night but also feeling anxious about things, including soiling the bed and their lack of sleep.
IBD healthcare specialists recognised the importance of poor sleep in IBD, but not the extent or impact described by patients. Specialists found it difficult to get patients to talk about sleep issues. They felt a little powerless to help, with little to offer apart from basic advice and were not keen to suggest sleeping medications.“

What is the link between sleep and IBD?

Common sleep disturbances included feeling too cold, difficulty falling asleep within 30 minutes, waking in the middle of the night, waking to use the bathroom, having nighttime pain, and using medications to help with sleep.

What does ‘bad’ sleep do to IBD?

One study concluded that “Among 1291 patients whose CD was in remission at baseline, those with impaired sleep had a 2-fold increase in [the] risk of active disease at 6 months (adjusted odds ratio, 2.00; 95% confidence interval, 1.45-2.76); however, no effect was observed in patients with UC (odds ratio, 1.14; 95% confidence interval, 0.75-1.74). These findings persisted in a number of sensitivity analyses.”

CCFA published this article in August 2016 which highlights that “The study found that 77% of the Crohn’s subjects had a PSQI score of greater than 5, which indicates poor sleep… The study also found that: Poor sleep quality is associated with clinical disease activity. Patients with an increased BMI and use of psychiatric medications (non-benzodiazepine) had greater odds of a Pittsburgh Sleep Quality Index (PSQI) score above 5. PSQI score greater than 8 is associated with worsened outcomes, including hospitalization or surgery.”

It went on to suggest that “some studies have found that certain biologic medications – like vedolizumab and anti-TNFs – are associated with sleep improvements.” While another looked at one particular treatment – Cognitive Behavioral Therapy for Insomnia (CBT-I) – as an option to help IBD patients with sleep disturbances, pain, and depression.

What we can conclude from here is that there seem to be lots of data regards IBD and the links to sleep, including the effect that poor sleep hygiene – An overall lack of consistency in sleep quantity or quality, having a hard time falling asleep, experiencing frequent sleep disturbances, and suffering daytime sleepiness are the most telling signs – has on chronic illness. But there are not a lot of answers to fixing the issue.

How can you improve sleep?

At present sleep promoting medications are the only option for people living with IBD.

The new research into CBT-I – as mentioned above – could be the next step towards having this part of IBD care. CBT-I involves: 4-8 visits with a sleep psychologist, sleep restriction therapy, stimulus control, relaxation training, cognitive therapy and sleep hygiene education. CBT-I is a very effective intervention but is underutilized and not always widely available.

"How do you know when you're flaring?"

Life Lately | What Exactly is Going On?