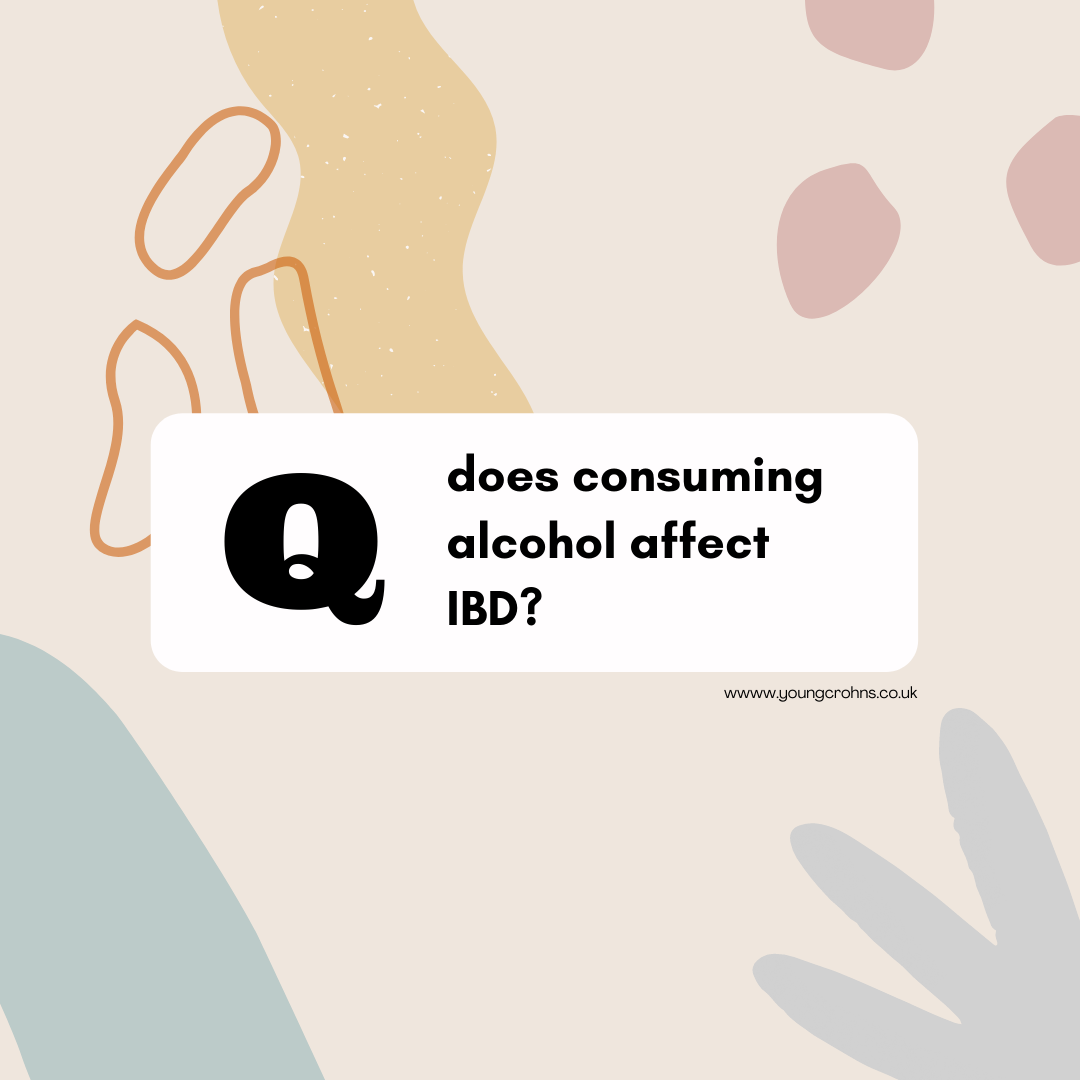 Hands up, who likes a drink to help them unwind at the end of a trying day or week, or to celebrate milestone moments?

Sometimes society can revolve around the pub (or at least it did, pre-pandemic) or going out for a cheeky drink or two. But what happens when you have a chronic illness that can manifest with chronic diarrhoea, medications which can affect your digestive system, as well as widespread inflammation with no known cause?

In the general public, they are told to avoid high consumption of alcohol – no more than 14 units per week in the UK. Chronic consumption can result in addiction, and go on to affect your digestive system as well as your liver and kidneys. Excessive drinking is sometimes part of the young adult popular as just part of the culture, but it can escalate quickly and without meaning.

How does alcohol affect your digestive system?

What commonly comes from this is gastritis. Gastritis is inflammation of the stomach. It often develops in connection with some sort of infection, direct irritation or localised tissue damage. It can be acute or chronic, and it can be caused by:

Repeat alcohol abuse can result in damaging the lining of the stomach. This, in turn, can leave the stomach lining more vulnerable to the acidic digestive juices normally produced by the body to digest food. In some cases, it can make the stomach more sensitive to acids or other potentially inflammatory ingredients in foods themselves.

Beyond your stomach, alcohol also affects your liver and intestines:

Scientists have found that drinking small amounts of alcohol tend to speed up the rate of digestion, causing diarrhoea. And on the other end of the spectrum, drinking large amounts of alcohol can delay digestion and cause constipation. Alcohol can also irritate your digestive tract, worsening diarrhoea. Scientists have found this occurs most often with wine, which tends to kill off helpful bacteria in the intestines.

How is this different with IBD?

Acute and chronic alcohol consumption have been shown to modify the immune system and could therefore play an important role in IBD. A snippet from a medical journal (see reference no. 3 for the full article):

This supports the fact that alcohol can affect the effectiveness of medications for IBD, such as biologics.

Things to look out for and be mindful of

Drinking alcohol when you have IBD is a personal choice. This is in no way a post on pushing my own agenda, but more exploring the facts behind excessive consumption and the effects alcohol can have on your health. In recent studies, when asked about the effects of alcohol on IBD patients, there was a split between it causing negative effects and no effect. Alcohol can be a flare trigger for some, but not others. It is very personal.

However, some other side effects that alcohol can cause might be more important. These include:

Healthline – Why do I get Diarrhea after Drinking Alcohol

"What happens in a stoma review?"