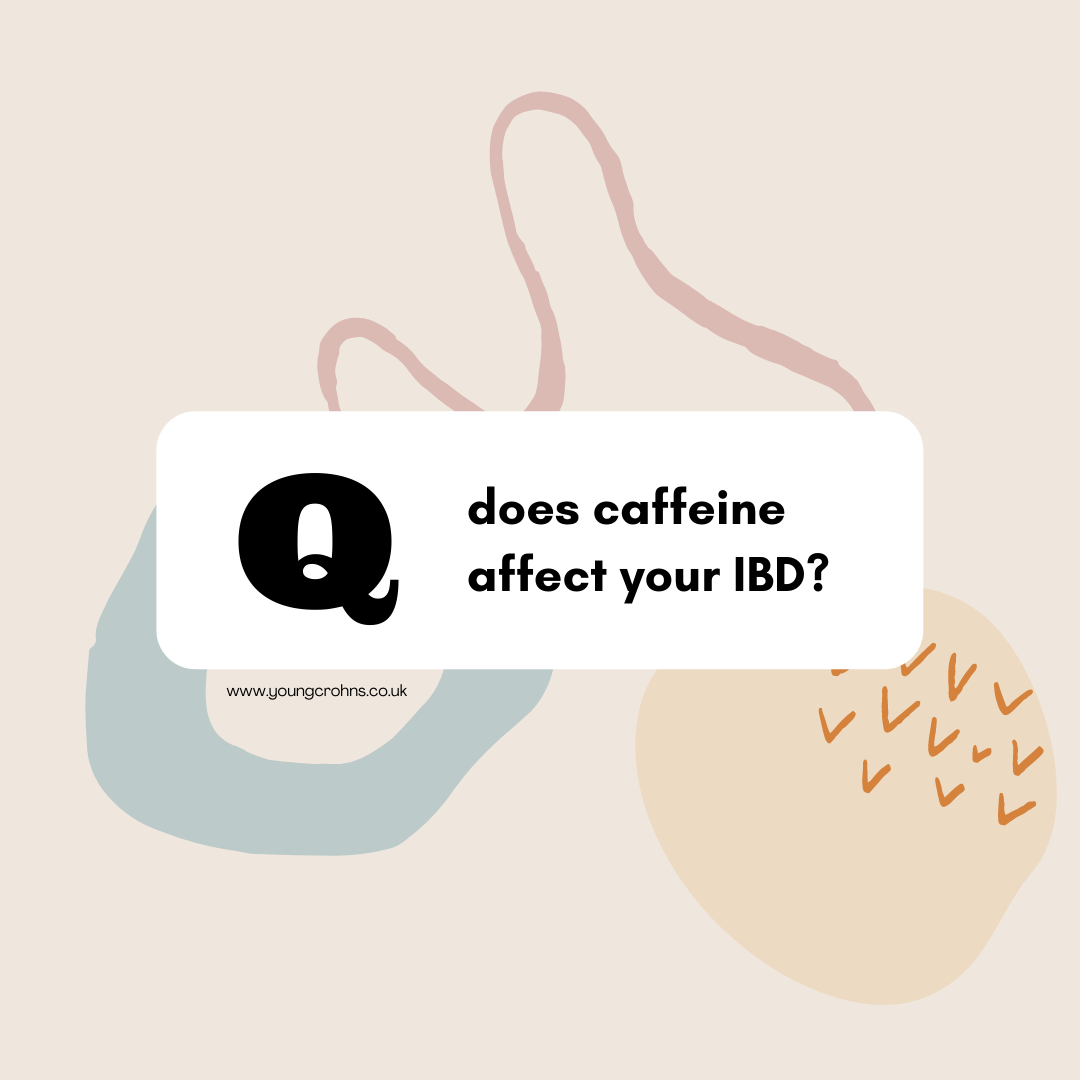 Where would I be without my morning cup of coffee? Probably still in bed and probably still asleep. It’s been used for decades as a popular morning beverage to get us up, awake, alert and ready for a new day. We then added it to drinks to keep us full of energy during the day, if we suffered from poor sleep, needed to concentrate or wanted to avoid crashing before bedtime. The irony is that consuming more caffeine makes you more susceptible to ‘crashing’ and creating addictive patterns.

But while consuming caffeine is the norm for most people, how does caffeine fit into health? How does it impact long term conditions, especially digestive disorders, such as IBD?

Caffeine is a natural substance that stimulates our brain and central nervous system. It helps us stay alert and reduces tiredness.

Where can you find it?

You can find caffeine in tea [both green and black], coffee, soda [such as Coke and Pepsi], coffee ice cream, some protein shakes and stimulate drinks [such as Red Bull, Monster and Relentless].

How does it impact the digestive system?

What affect does it have on IBD?

General – Moderate caffeine intake in an otherwise healthy person is considered safe. According to the Food Standards Agency, you can safely consume single doses of caffeine up to 200mg and daily intakes of caffeine up to 400mg, which is one to two cups of coffee per day.

You can, however, be addicted if you consume as little as one cup of coffee a day. Withdrawal can be difficult. Symptoms can include headaches, fatigue, decreased alertness, drowsiness, anxiety, feelings of nervousness and difficulty concentrating.

Caffeine should be avoided if you have certain health problems including heart disease, hypertension, or disorders of the gastrointestinal system.

IBD specific – As Clemmie Oliver of NALM states “General guidelines for the management of IBD tend to recommend avoiding caffeine because it can cause diarrhoea and disrupt sleep … [t]his one is very individual and can also depend on where you are in your journey with your Crohn’s or colitis. During flare-ups when diarrhoea is more common avoiding things like caffeine which might make that worse is a good idea. When in remission, some people find it makes them go to the loo more or aggravates things, but others can tolerate caffeine-containing drinks OK so it’s about working out what works for you.”

How do you feel about caffeine consumption with IBD?

If you enjoyed this post check out Fibre with IBD and The What and Why: Dehydration

"How different are scans when you have a bag?"

"Will you always need check-ups for your IBD?"