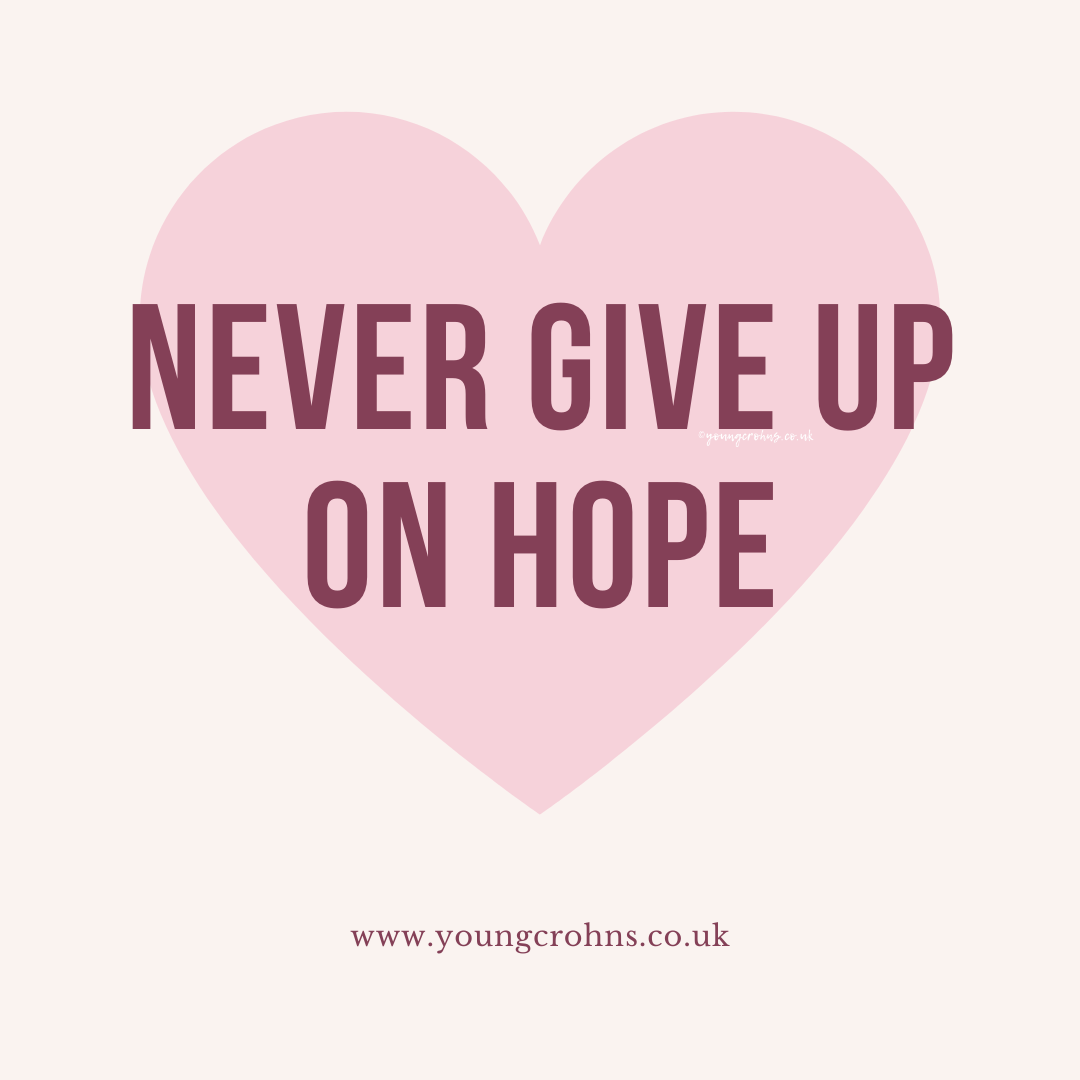 Every October and November, I feel nostalgic.

I feel the swirl of memories flood my mind, of being taken back to days in the hospital for treatment, of being hooked up to an IV stand.

The first time was October 2013, when I moved from Humira to Infliximab. Going from an at-home self-injection to a hospital-based infusion was a big change. And in the beginning, I was very unwell; being there was a mixed blessing of sorts – being a sick outpatient is an odd dichotomy.

For almost half of my time with Crohn’s disease, I’ve received biological treatment, and almost three-quarters of that have been hospital-based infusions. Infliximab for a total of two years and Vedolizumab for two and a half years. It feels like nothing in the scheme of my whole journey but years on medication is also a huge thing.

Of those years, almost every other October or November, I would either start a medication, change to a new one, restart medication and even stop medication. I know that this is down to when my body ‘decides’ to flare – I was diagnosed in September, so it’s natural that the course of treatment begins to ‘work’ or ‘start’ in those two subsequent months.

The rubber tourniquet used to get my veins raised, the smell of the alcohol swab to clean my skin. The unwrapping of the cannulation pack, the uncomfortable pinch before my skin is punctured with a needle. The steri strips to secure the cannula, the thin transparent dressing to secure it.

The gentle weight of the saline bag, attached to the line, attached to me. Trying to not get tangled up in the line! The clunk clunk of the pump pushing the medication through the line, into my vein, into my body; ready to work. Relaxing, or at least trying to, and getting your heart rate down. Steadying your nerves, controlling your breathing, letting the tension go.

The wax-like removal of the dressing being removed. The gentle slip of the cannula coming out of your skin. The joy of the cannula removed without bleeding or pain. The familiar pressure of the cotton ball on your almost guaranteed bruised vein.

We have made much progress

When I started Vedolizumab, it has been NICE approved for just three weeks. I was the second patient at my hospital to receive it. I had been told about it earlier in the year by my consultant, it was making its way through NICE for its 90-day consultation process. Those four months were difficult for me. I was still on Infliximab AND Methotrexate (MXT) but it was like living on fumes. I had the energy to work, eat and sleep; that was it.

Vedolizumab – the first attempt – was doomed to fail.

I was ‘allowed’ the standard 14 weeks to let the drug work. That was the three loading doses and one additional one, from the end of October 2015 to end of February 2016. It was clear that by Christmas there was no real great uptake of the drug in my system – it was too early to be able to ‘test’ for antibodies, we had to go on my clinical picture – so I had my final dose in early February, while in the midst of seeing a colorectal surgeon and a second opinion Gastroenterologist.

It was a tough time, we had pinned some hope onto it working for a while as we had with Infliximab in 2013. It did, however, give me the motivation to have surgery. Despite flaring in March and spending my birthday in April in agony, I was optimistic about what was to come.

I’ve spoken many times about the Spring and Summer of 2016 – you can find a plethora of posts here – but the Autumn was a different story.

I was six-week post-op from my ileostomy surgery and back in the infusion clinic for Vedolizumab, the second attempt! The theory here was that; minus a diseased colon, it could work this time around. We tracked my CRP and calprotectin like hawks during my loading doses and subsequent routine eight weekly infusions afterwards too; seeing a great decline in my levels and reduction in my symptoms too. Things were finally back under control it seemed.

I’m not sure how we got to the next part – either someone suggested I was in ‘clinical remission’ and didn’t need Vedolizumab anymore, or I wanted to try and be medication free off the back of clinical remission – but I went six months without medication from March 2017 until September 2017.

I did, in that time, feel the best and worse I had done in months.

I relocated for a new job which meant transferring my care to a new hospital. The ‘slight’ problem here was that it meant no medication, no team, no clue what to do if I was unwell. And I was becoming unwell, I began a six-week flare up without much help in late July. It would result in a few emergency admissions at two different hospitals and restarting Vedolizumab for the third time!

What is coming will always build on what we have

In the time since I started Vedolizumab, I have seen biosimilars come to the market.

Patents of the ‘original’ drugs have ended and there has been scope to bring in cheaper alternatives. NB: ‘Cheaper’ in this context does not mean less effective or of inferrer quality. It simply means it becomes cheaper to make because the patent (which is the most expensive part of manufacturing pharmaceuticals) ends, letting other companies make it. This cheaper cost also means its cheaper for the NHS to buy and thus more patients gain access to it via their own CCG (Clinical Commissioning Groups, the body’s who govern local NHS services, including costings; you read more here.)

As you can see, there has been a large influx of biosimilar drugs on the market for IBD. Effectiveness is high, while costs are lower. I see that as a win – more patients getting access to the medication they need to help control their disease.

What is coming, however, is more of a move towards at-home self-administered medications. This has been accelerated by COVID – the need for at-home over hospital-based administration – as we have seen with Vedolizumab moving to pen injection in 2020.

My point here, throughout my own journey and the increase in biologic treatments including biosimilars, is that there is always hope. I’ll be the first to admit that when the Infliximab and MXT combo began to fail, my hope began to waver.

But I saw more and more of my consultant because we began looking for a new treatment plan. He was checking clinical trials, asking for opinions and advice, because we didn’t know if I could wait for Vedolizumab. I of course did, but it was a tough road. Weirdly enough, I was the one who said no to surgery when he proposed it in July 2015. I wanted to give medicine one more go before I went under the knife.

So when I get asked if I prefer surgery over medicine, I can’t really answer.

When I also get asked if my surgery has been curative, I can honestly say that while it has dramatically improved my life with my disease, it has not and will not cure it. Even medicine can’t cure it. But a working partnership between medicine and surgery is how my last four years has played out. It has been effective in helping me live beyond my stoma bag and beyond the IV stand.

Lights, Camera, Crohn’s – The Future of Biologics and The Changing Coming down the Pipe

BMJ Gut – Biologics in Inflammatory Bowel Disease: how much progress have we made? [2004]

If you enjoyed this post check out New Beginnings & IBD Remission, Vedolizumab – Two Years On and IBD & Mental Health

I AM SCARED, despite being in such a joyous season