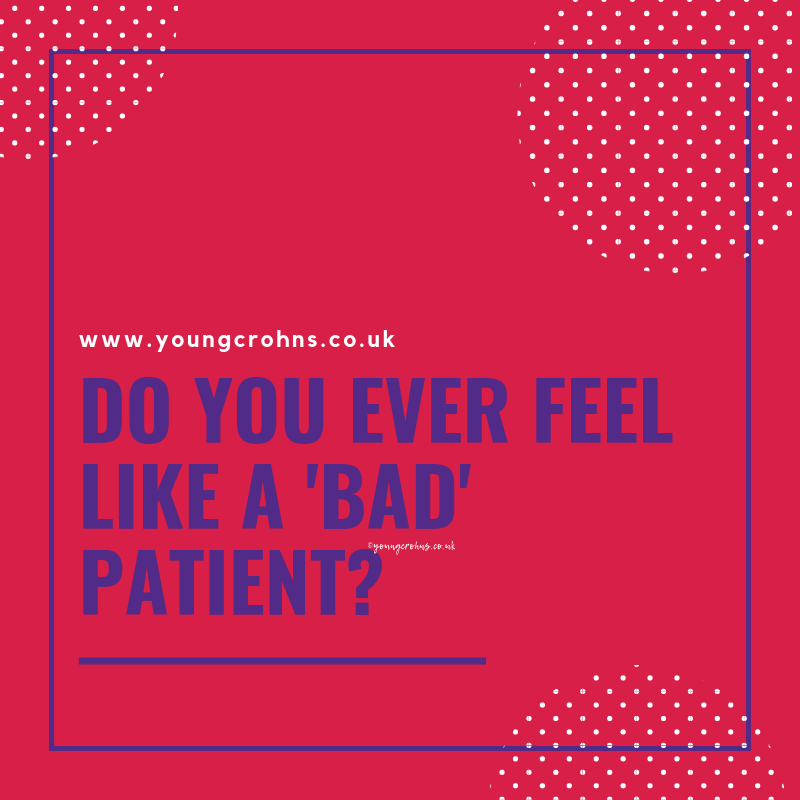 As I’ve ‘grown into’ having IBD, I’ve taken on more of my illness by knowing more and more about it.

When I was first diagnosed – almost eight years to the day ago – I just wanted to get better. I wanted my pain to stop, I wanted to eat again, I wanted to not wake up tired and I wanted to not need the toilet every ten minutes. Pain, nausea, fatigue and diarrhoea is how I describe my early months with IBD.

At that stage, I didn’t know much about Crohn’s disease. I had a connection to it though – I’d watched my university boyfriend go through an emergency bowel resection in my second year of study and I spent the next two years of our relationship not really understanding what he had because he was so secretive about it. I didn’t even know he was so sick until he was rushed to hospital one night in February.

I wouldn’t have surgery until 2016 – five yeas into my journey – but everything about what happened to him, scared me. My disease was classified as severe within a couple weeks and we struggled to find a medication that worked well. But then Humira came along and I started to really improve. I did everything my doctors asked me to do, everything, without much questioning or understanding. Half of me was of the mindset “Let’s get this done with so I can get better, like now” and the other half was saying “What the bloody hell am I being put through? What the bloody hell is happening to me?”

See; half scared, almost terrified. The other, just wanting it to be over.

I think its when you realise that this is life long and you will go through periods of being very unwell and then get better, that you take some ownership of your illness. But there is a downfall in taking this on; you can end up knowing too much. You can end up scared. You can end up being the type of patient that just wants and wills their body to ‘just get over it‘ like so many people tell us to do, because that is the ‘easier’ option in some ways.

I am guilty of this, for sure.

I’ve had my moments when I just didn’t want to take the medications, particularly the steroids or the suppositories / enemas. Half of my joy of having been on – and currently being on – a biologic infusion is that I can’t leave without having my medication; I am ‘forced’ to have it. Yes, yes, I have patient choice to not receive it but it is just not worth it.

At times, my reasoning for being or thinking I am a bad patient is because I want a break from it all. Most recently I’ve been dealign with a wound left over from surgery which is taking it’s sweet time to heal. And some days I just want to not be bothered by looking after it. One day of neglect is okay, but any more and it becomes more painful and more of a situation to deal with.

This is an extract from a diary entry in 2015 and I think it really sums up my own feelings about being a ‘bad’ patient:

“You always think today is just a bad day and the next know will be better.

But then its weeks and months later and its still agonising; things aren’t better but they aren’t worse either. Its hard.

Its only months later you sit and think why did I not do anything sooner?”

In these circumstances it’s knowing your own warning signs of how much you can handle yourself. With some things, you get more ‘used’ to them happening as you live another month, another year, another decade with your disease and you can predict or feel when something is not right. There is alot to be said for an individual knowing their body better than anyone. But there are times when something new will just pop up – because IBD loves to keep us on our toes! –  and you have to figure out if it’s worth mentioning or letting it just ride out. FYI: ‘riding it out‘ sometimes can take weeks compared to others who are not immunosuppressed or immunocompromised.

Along with growing into my disease, I’ve also found that the more I get to know my clinicians – consultants, specialist nurses, surgeons – and the more they know me and my disease; there seems to be a shift towards me being the expert and them being the facilitators to guide me. That sounds very lofty and slightly egotistical but it is meant with sincerity. They have the medical and procedural knowledge to help me achieve my goal – a better quality of life with IBD. And for quite alot of that, they rely on me being honest and truthful. And for me to be a ‘good’ patient.

But is that too much?

We have lots more access to care and information than ever before, and it’s always being updated, growing and being pushed forward. There is more expectation for those IBD patients who are well seasoned – ie being diagnosed for a couple years – to know where to go for access if they need it and how to self manage their condition on a day to day basis.

But let me tell you, that is a task within itself. And it’s not surprising that occasionally, we as patients, want a break! But wanting a break isn’t a bad thing. Yes, we can’t ‘run away’ or conveniently ‘switch off’ our disease but we can learn ways to cope with it.

Having IBD is all the emotions, to me at least. Some parts of being a person with IBD are so clear and transparent, it feels at opposites to the parts which are blurry and hurt my head to think about. I’ve sort of always felt this way but never been able to express it correctly. This is a step towards continuing to find my words, my feet, my quality.