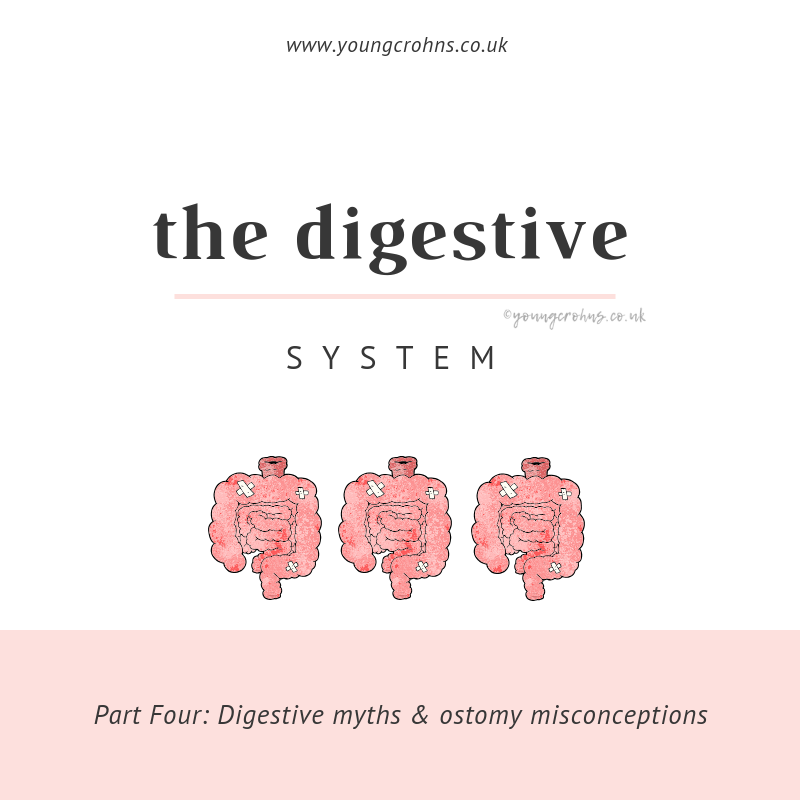 Myth: Diarrhoea is a sign of an infection and you should just let it run its course

Diarrhoea affects most people from time to time and has many different causes, including viruses, bacteria picked up from contaminated food, anxiety, food allergies and long term conditions like irritable bowel syndrome (IBS). Whatever the cause, it is recommend to treat it early.

Diarrhoea removes fluids and salts from the body, so it is important that these are replaced with rehydration therapy and by drinking lots of water. Treating the symptoms of diarrhoea early with loperamide is an effective way of limiting the loss of salts and fluid from the body, as well as relieving the symptoms associated with diarrhoea. Loperamide works by slowing down the speed at which the gut contents are pushed through the intestine, allowing more time for water and nutrients to be absorbed back into the body. This means that stools are less watery and passed less frequently.

Unless you’re due to undergo a colonoscopy, your colon doesn’t need cleaning out. Your body already has systems in place to remove any toxic bi-products; namely, the liver and the kidney.

Myth: IBS isn’t that common and it’s all in your head

IBS is a long-term condition of the digestive system and it’s actually very common. The NHS estimates that one in five people will be affected by IBS in their lifetime.

The syndrome has very real physical symptoms, such as diarrhoea or constipation, bloating and pain. The bowel is believed to either be overactive or underactive and this causes the variation in stool type.

While the exact cause is unknown, experts believe it is related to problems with digestion and increased gut sensitivity. Stress may also play a part.

Myth: IBS and IBD are the same thing

IBD is a term mainly used to describe two long-term conditions that involve inflammation of the gut – Crohn’s disease and ulcerative colitis, affecting  about 1 in 250 people in the UK, is usually diagnosed in people in their 20’s and men and women are equally affected. Crohn’s can affect the whole of the gut from mouth to the anus, where as Ulcerative colitis only affects the large intestine.

IBS does not cause inflammation, ulceration, or bowel wall damage. IBS is considered to be more a functional disorder of the bowel.

Myth : You should have a bowel movement every day

Myth: If your stomach gurgles, it always means you’re hungry

A rumbling stomach can sometimes signify hunger, but not always. Whilst gut movement can be stimulated by thoughts of, or the sight of, food; it is usually because stomach muscles contracting and the movement of last remnants of your last meal or gas passing through your gut – this is called peristalsis.

Myth: Digestive problems are something to be embarrassed about

According to research almost half of British adults suffer with from at least one digestive health condition frequently. If there are  this many people affected, perhaps it’s time to stop feeling embarrassed and start talking about it?

Misconception: Everyone is going to be able to tell I have an ostomy.

A common fears of new ostomates is that having a stoma will be noticeable and people will be able to tell. Sadly, there is still stigma around having a stoma, so it is understandable that some ostomates are concerned that everyone will know they have a stoma bag.

However, without telling someone about your stoma there is no clear way for someone to tell you are wearing a stoma bag. Around 1 in 500 people are ostomates in the UK so it is likely you have met plenty of people with a stoma without even knowing.

Misconception: My ostomy is going to stop me from being active

Many people fear that having an ostomy means you cannot enjoy the same hobbies and activities that you did before the operation. While you may want to avoid any strenuous activities during the first few weeks after surgery, having a stoma is no barrier to living a full or active life.

Misconception: Bad skin around the stoma is just a part of having an ostomy

It’s true that peristomal skin complications are common, but they are not the norm. With the correct pouching system and ostomy accessories, the skin around the stoma should look and feel like the rest of the skin on your abdomen, apart from being a little paler. Some redness will appear close around the stoma from wearing a convex pouch, which goes away a few minutes after taking off.

If you need help finding the right system and accessories for you, contact your SCN.

Misconception: My pouch will inflate in an airplane.

The answer is no: the cabin is pressurised, so there’s no pouch inflation and nothing to worry about. The one note about airplanes and ostomies – airplane air can be very dry so remember to stay hydrated when travelling.

Misconception: Having a stoma is permanent

Having a stoma is often seen as a permanent change to someone’s life. However, due to improved surgical techniques, the number of operations for permanent stomas is in decline.

The main reasons a temporary stoma may be formed include bowel cancer, inflammatory bowel disease, diverticulitis and injuries to the bowel that mean it has to be rested in order to heal. These can then be successfully reversed. Nowadays, around 35% of ostomates have a temporary stoma.

Modern ostomy appliances are made of lightweight and odour-proof materials that ensure no smell should leave the bag. Only you will notice the smell when changing your bag in the toilet – but it would be no different from anyone else using the loo.

Misconception: Having a stoma means completely changing your diet

While having a colostomy or ileostomy changes where your poo might come out, it doesn’t mean you have to change what you eat. You will have to alter your diet in the weeks following surgery, but you shouldn’t have to make any long-term changes to the way you eat. Of course, foods which caused you indigestion, constipation or diarrhoea prior to surgery can continue to do so after having a stoma, so a healthy and balanced diet is recommended, the same as anyone else.

Misconception: Only old people have stomas

Despite improved public awareness of ostomates, many people still think of having a stoma as a condition that only affects older people. While the elderly are more likely to be affected by some of the causes of stoma surgery, there are many causes which can affect people of all ages including tiny babies born with birth defects.

Incontinence, diverticulitis, childbirth, injury, cancer and auto-immune diseases such as Crohn’s are among the variety of causes for a stoma.

Misconception: You cannot have a sex life with a stoma

Some people are nervous that having a stoma will end their sex life: whether as a result of having the operation or because of fears of how their partner will view them. However, having a stoma is no barrier to having a normal and loving relationship, or a full and active sex life. Being open and honest with your partner about having a stoma can help dispel any concerns they may have and allow you to continue to enjoy an active sex life.

Misconception: You are alone

Many of the myths and fears in this list exist because many ostomates think they are alone: that they are the only person who has a stoma, that they have nobody to talk or and have no one who will understand.

There are over 120,000 ostomates in the UK today – of all ages, ethnicities, sexualities or gender. Whatever your fear or concern, there will be someone else who has gone through the same thing as you.

Colostomy UK – 9 Myths about Having a Stoma

The Importance of an AUR - Appliance User Review